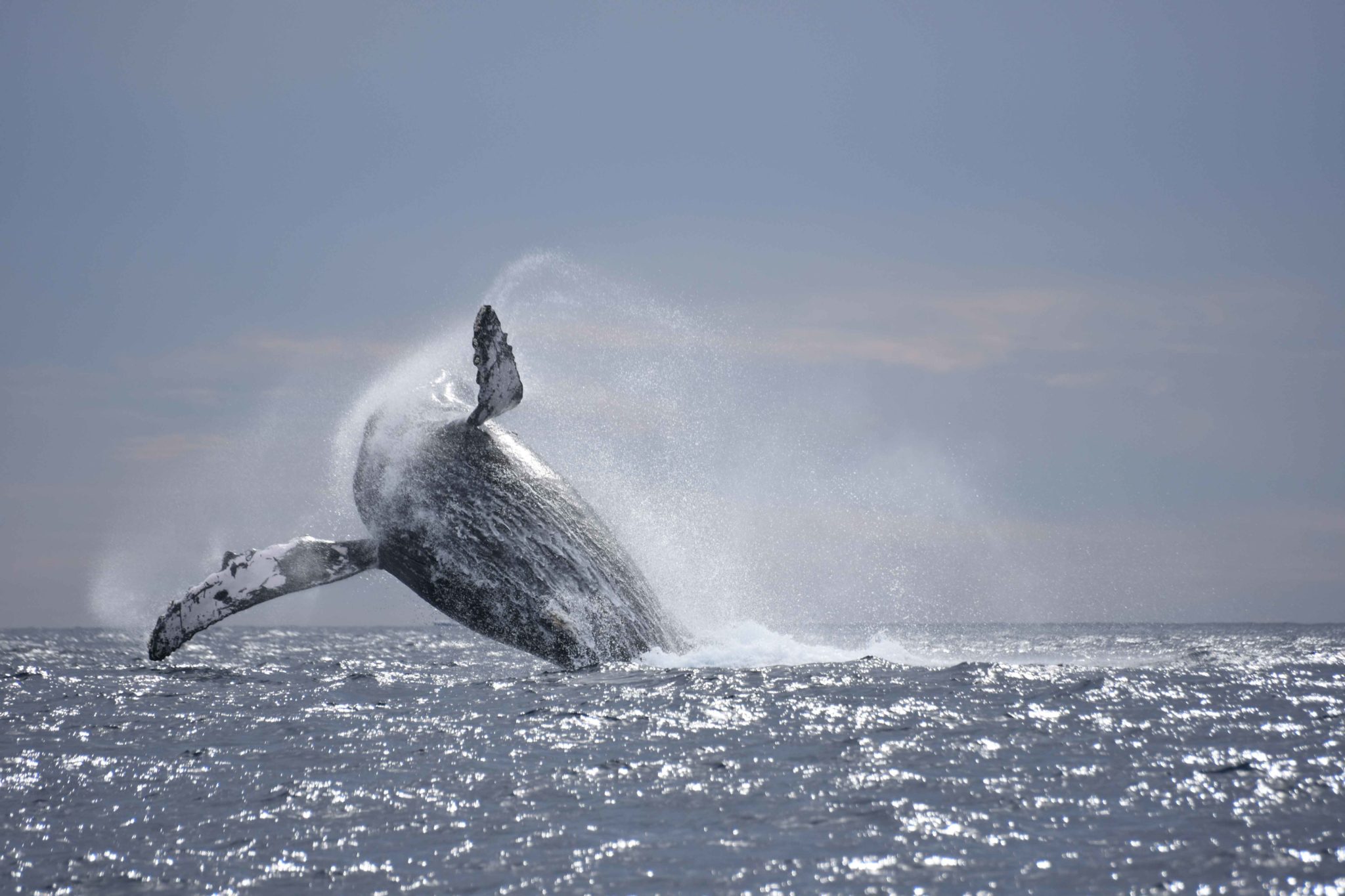 By Philipp MoserAugust 3, 2018No Comments

Destino Magazine article for May 2018

Whale watching in Cabo San Lucas is one of the most exciting attractions during the winter in Baja California. The activity is focus mostly in humpback whales but there are many other species in the area such as grey whales, blue whales, bottlenose dolphins, common dolphins and even orcas sometimes.

However, humpback whales steal the show during the whaling season. Humpbacks are known for their frequent acrobatic behaviour and their occasional tendency to approach vessels. Male humpback whales sing to attract the female in the winter. In addition, breaching, blowing, spyhopping, fluking and/or slapping head, tail and pectoral fins in the water are behaviours usually sighted every day in our tours.

January and February are good months to sight humpback whales in Cabo, even though this season they were already here since November. Males usually remain in the area for a longer period attempting to obtain repeated mating. Their “aggressive” behaviour when competing for females are often witness by aerial activities. Females with their calves are also regularly sighted during February and March.Apparently the season of 2016/2017 offered a very “romantic” environment for the whales mating and this season we witness many more mother/calf pairs in the area compared with the last year.

The whale watching season officially starts on 15thDecember and ends on 15thApril. Cabo Trek had been in the water for 95% of this time, with 3 trips mostly every single day. It is our intention to raise awareness regarding best whale watching practices and to contribute to understanding of the dynamics of the Northeastern Pacific humpback whale population in order to improve the conservation plan for humpback whales and the ocean.

We offer an educational and comprehensive whale watching tours with marine biologist guides who explains everything about the whales and also conduct a photo-identification project. Humpback whales are identified as individuals by the underside of their flukes, or tails. The distinct coloration, shape, and scarring pattern of the flukes’ underside are as unique as a human fingerprint, allowing scientists to distinguish individuals using the pictures they have taken of their flukes. We have in our ID catalogue almost 1300 different humpback whales and more than 200 matches in different places in the North Pacific Ocean.

The humpback whale 2017/2018 season’s is over. By now, the gentle giants are either in their final destination in the coast of California (where most of our matches are from) or on their way to higher latitudes in Canada and Alaska. Enjoy your time in Baja while you are here and be a Cabo Trek guest next season. 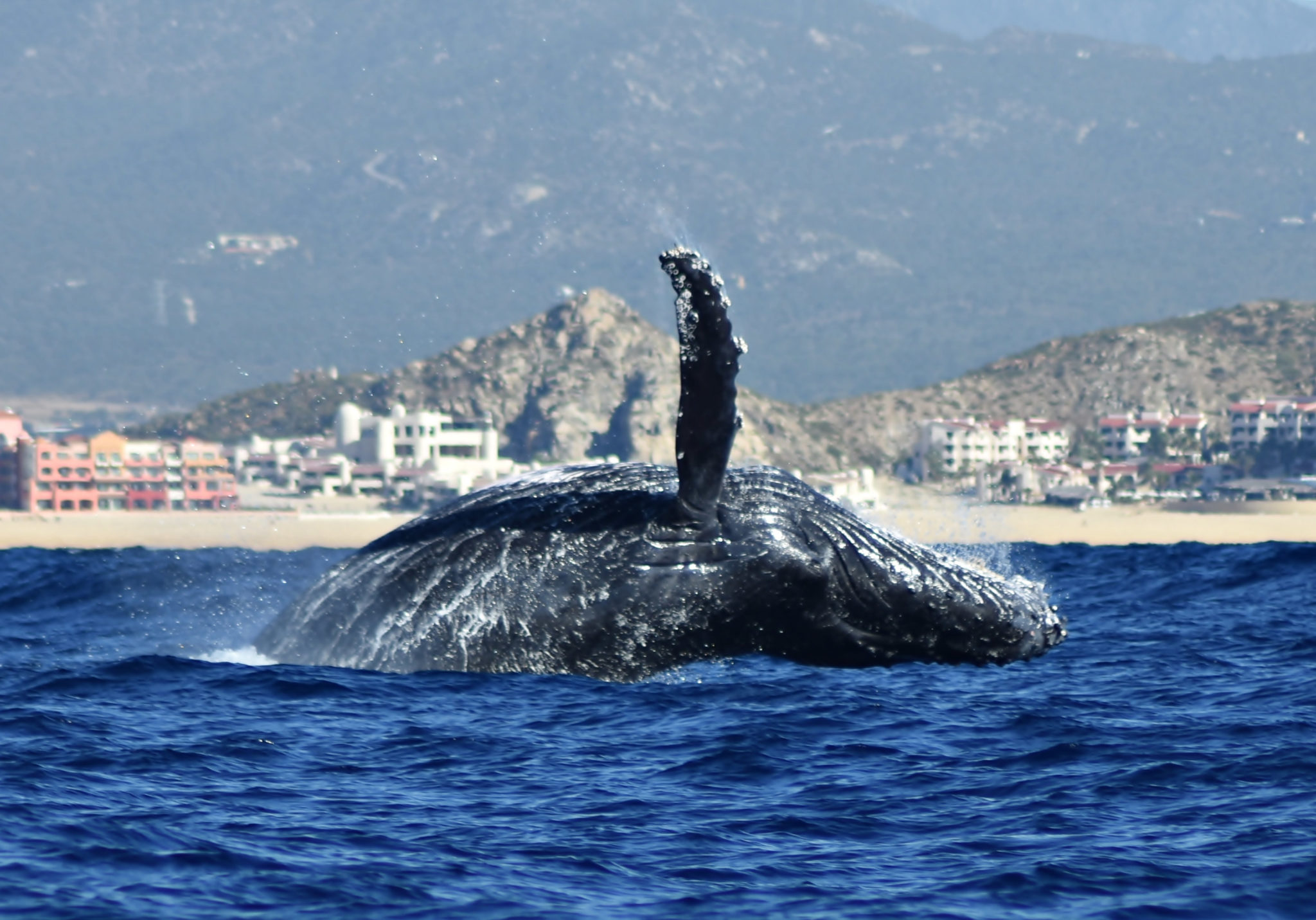 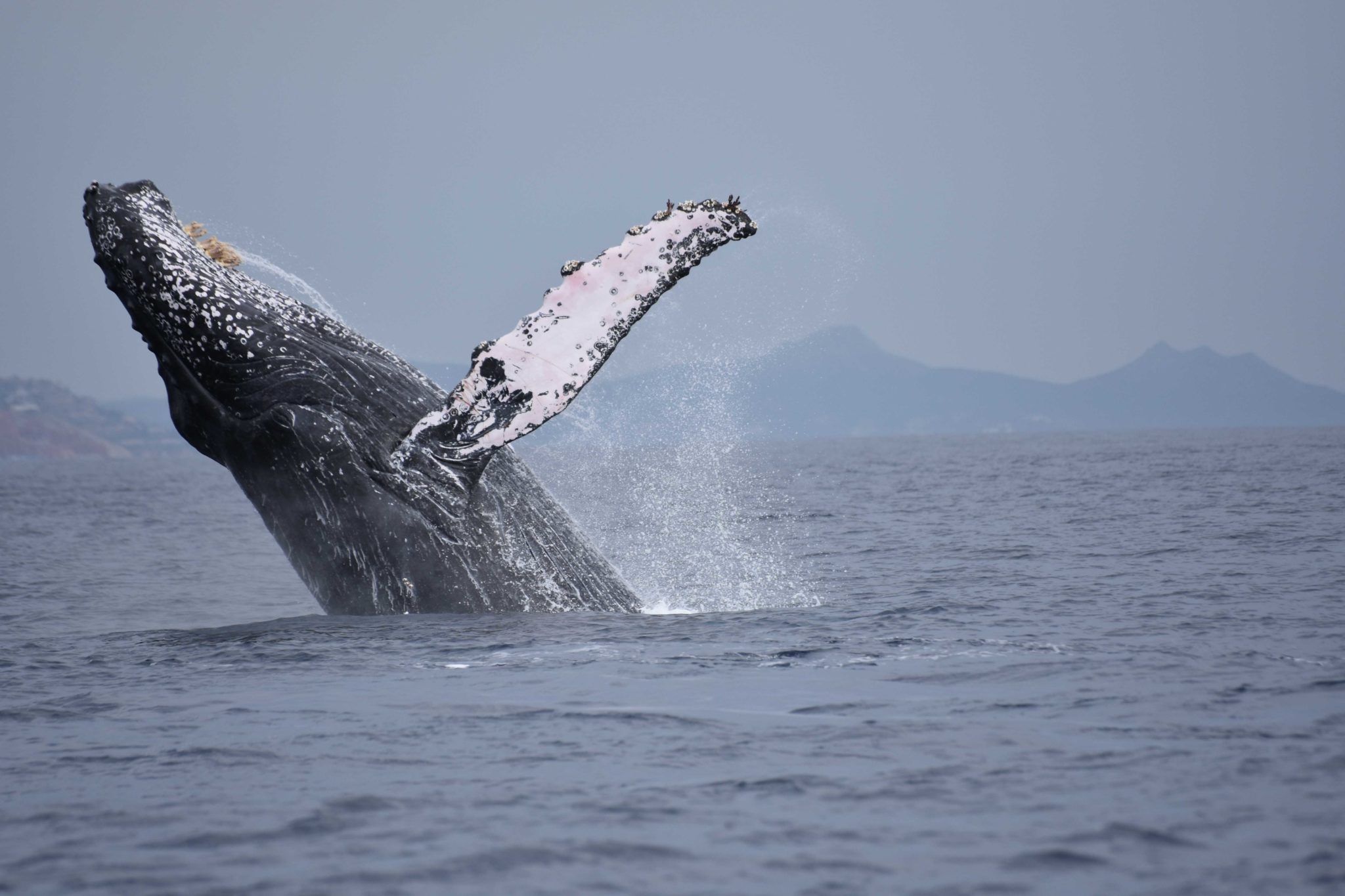 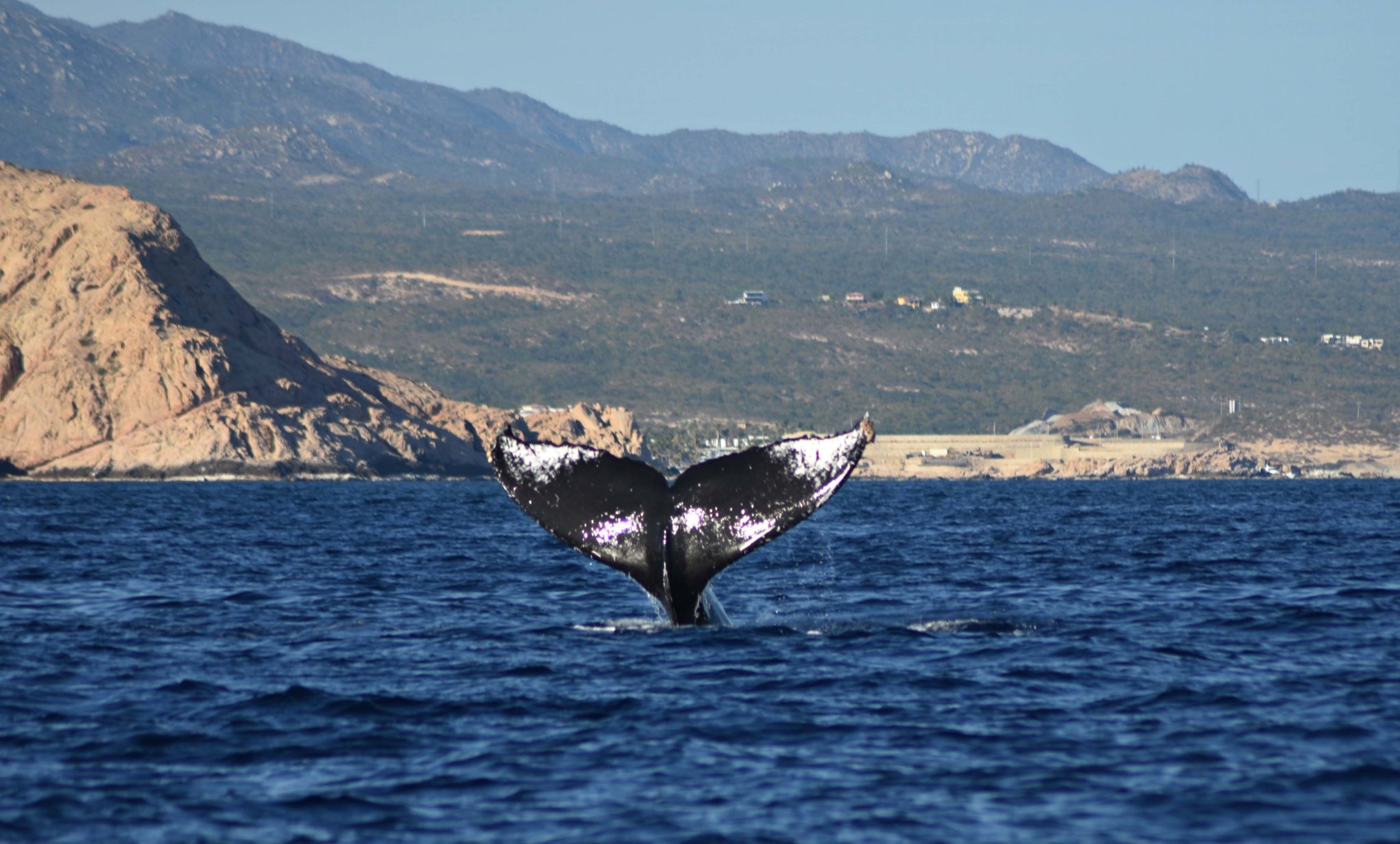 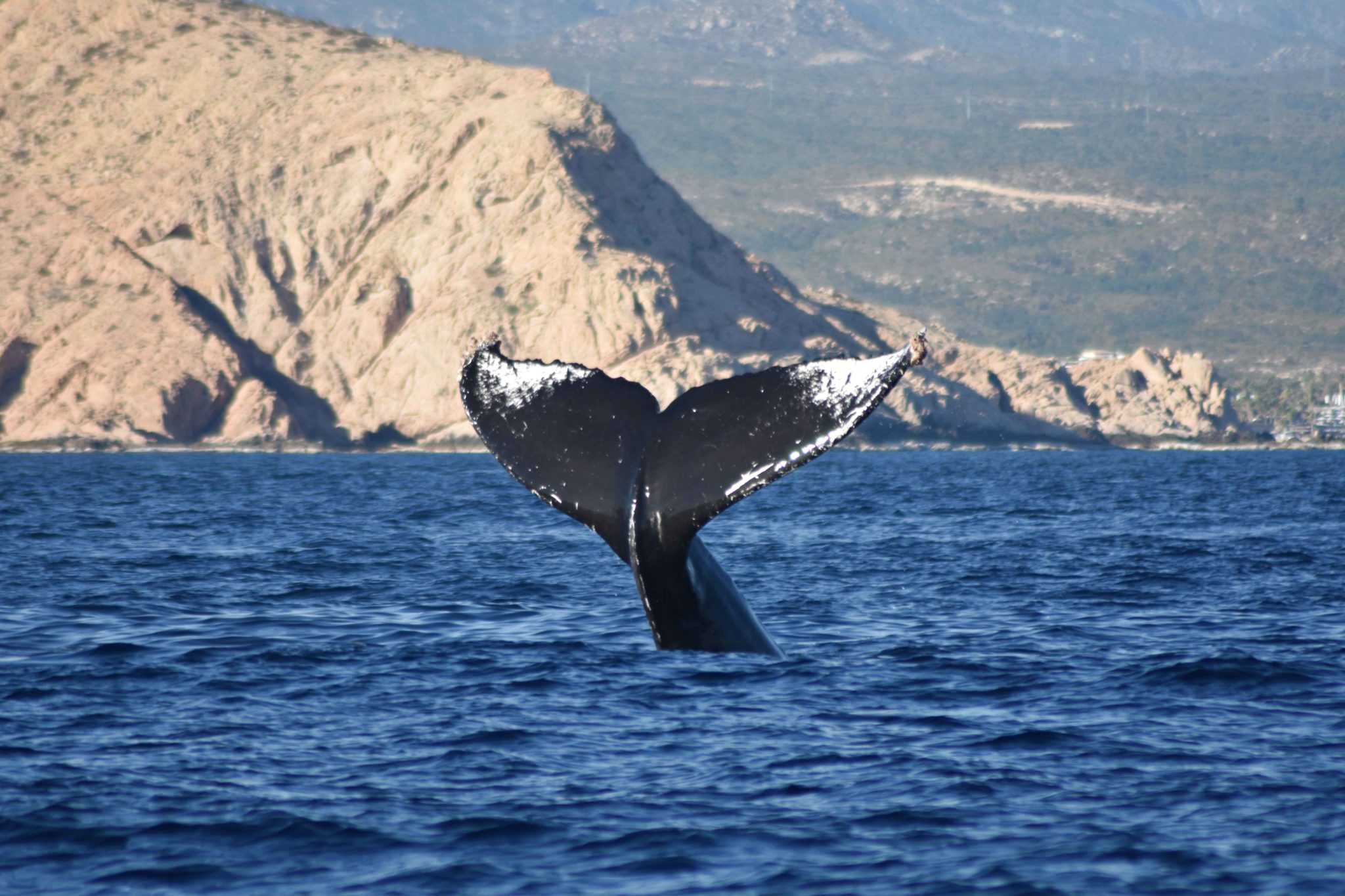 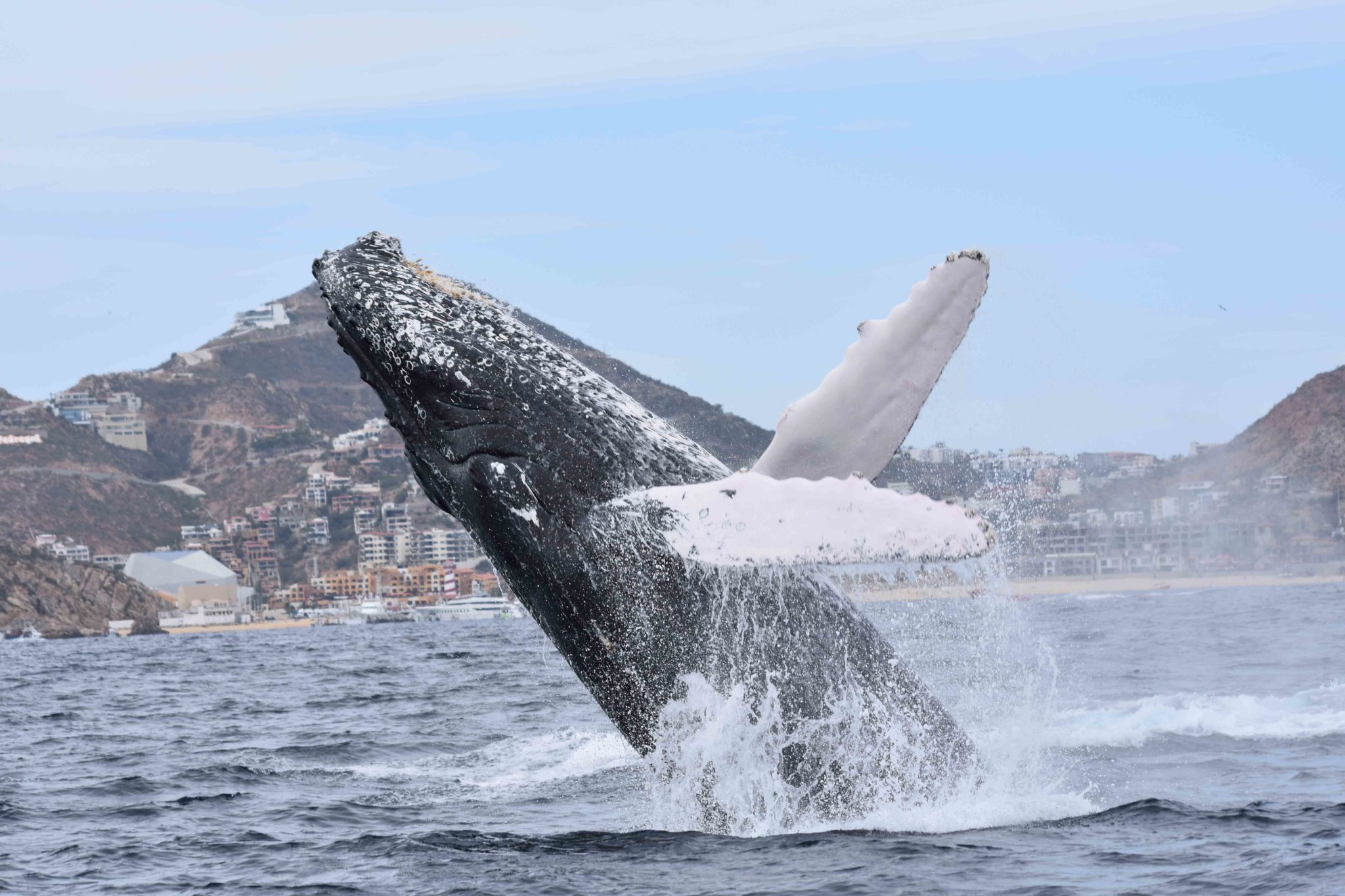 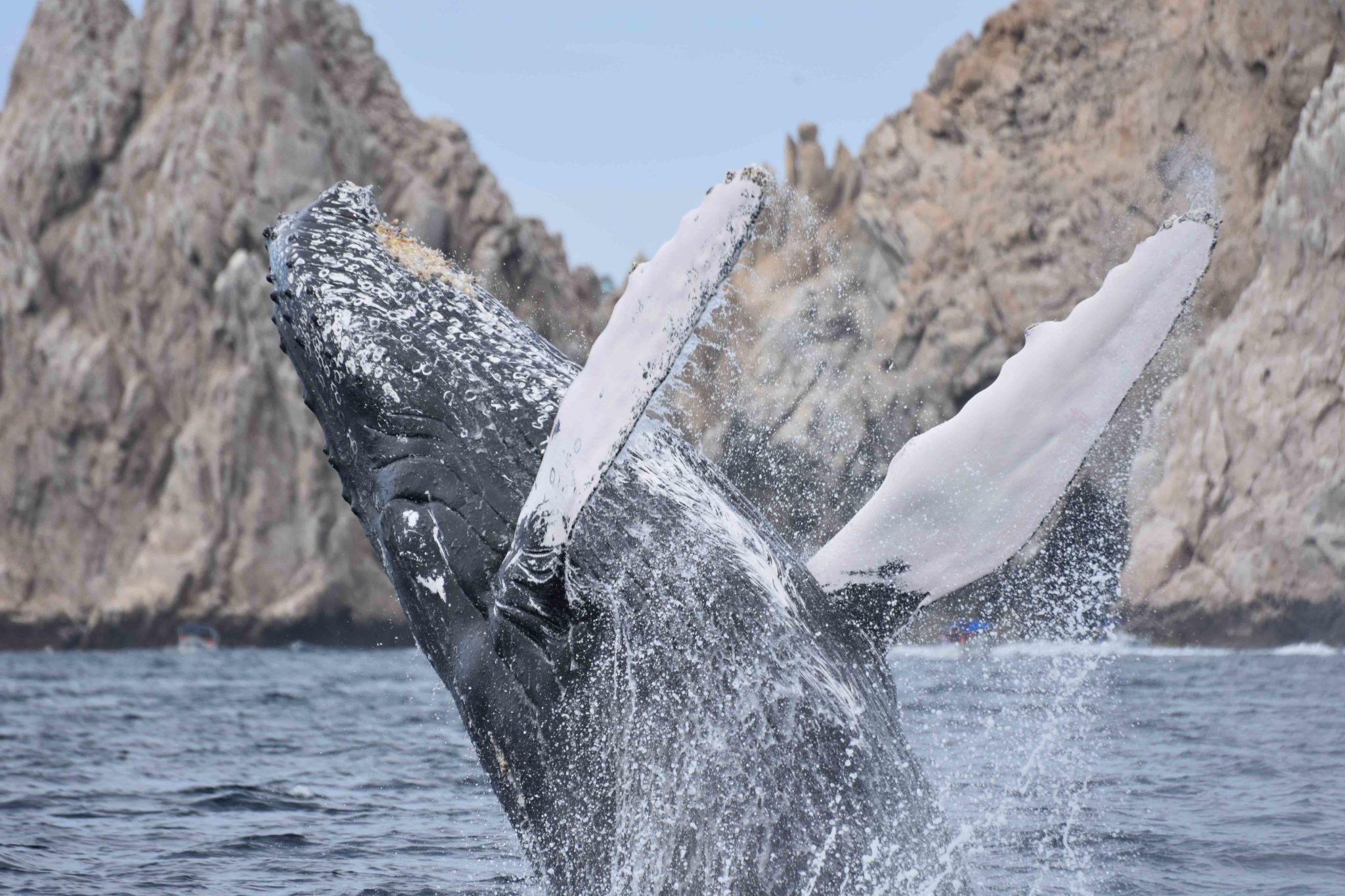 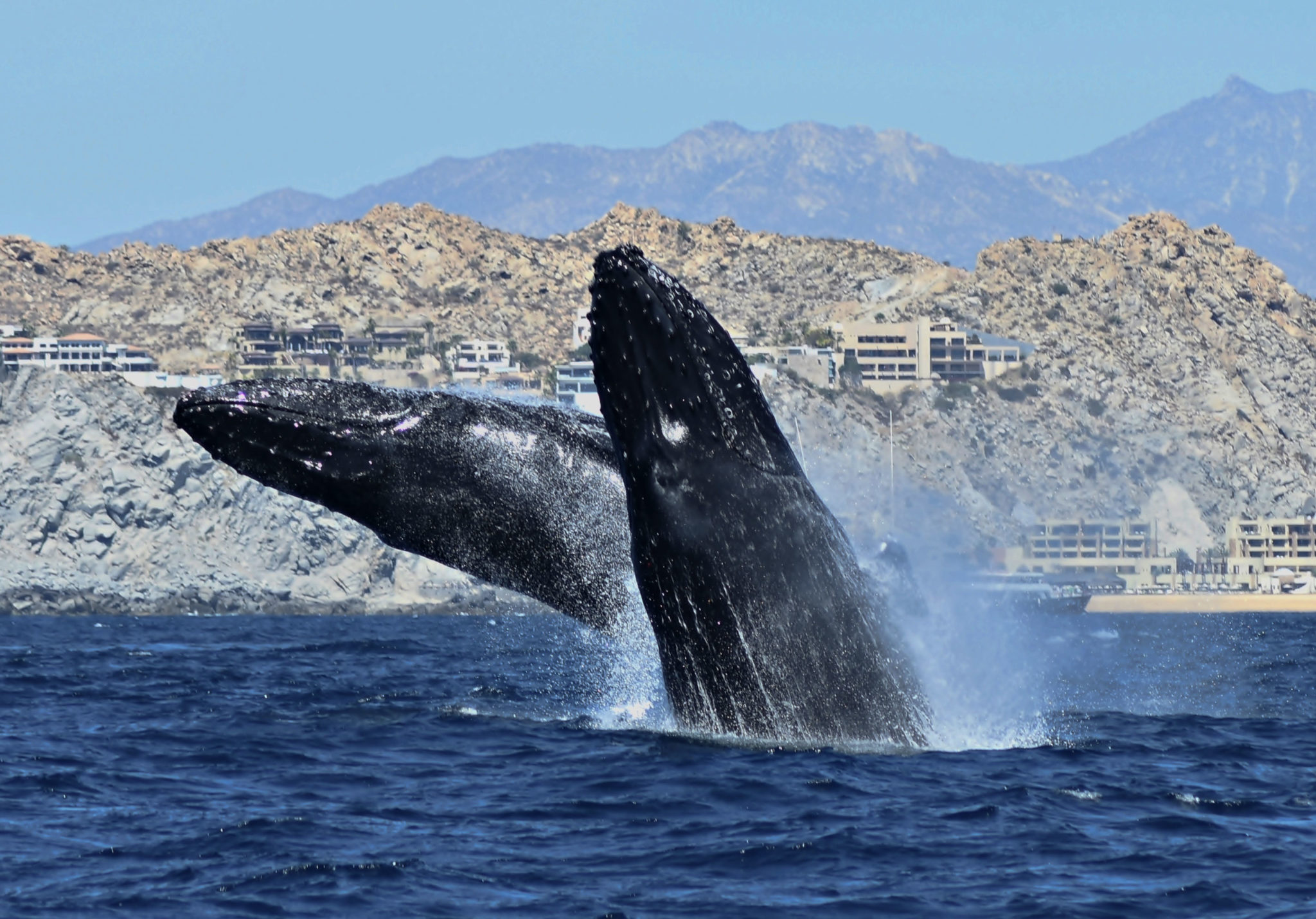 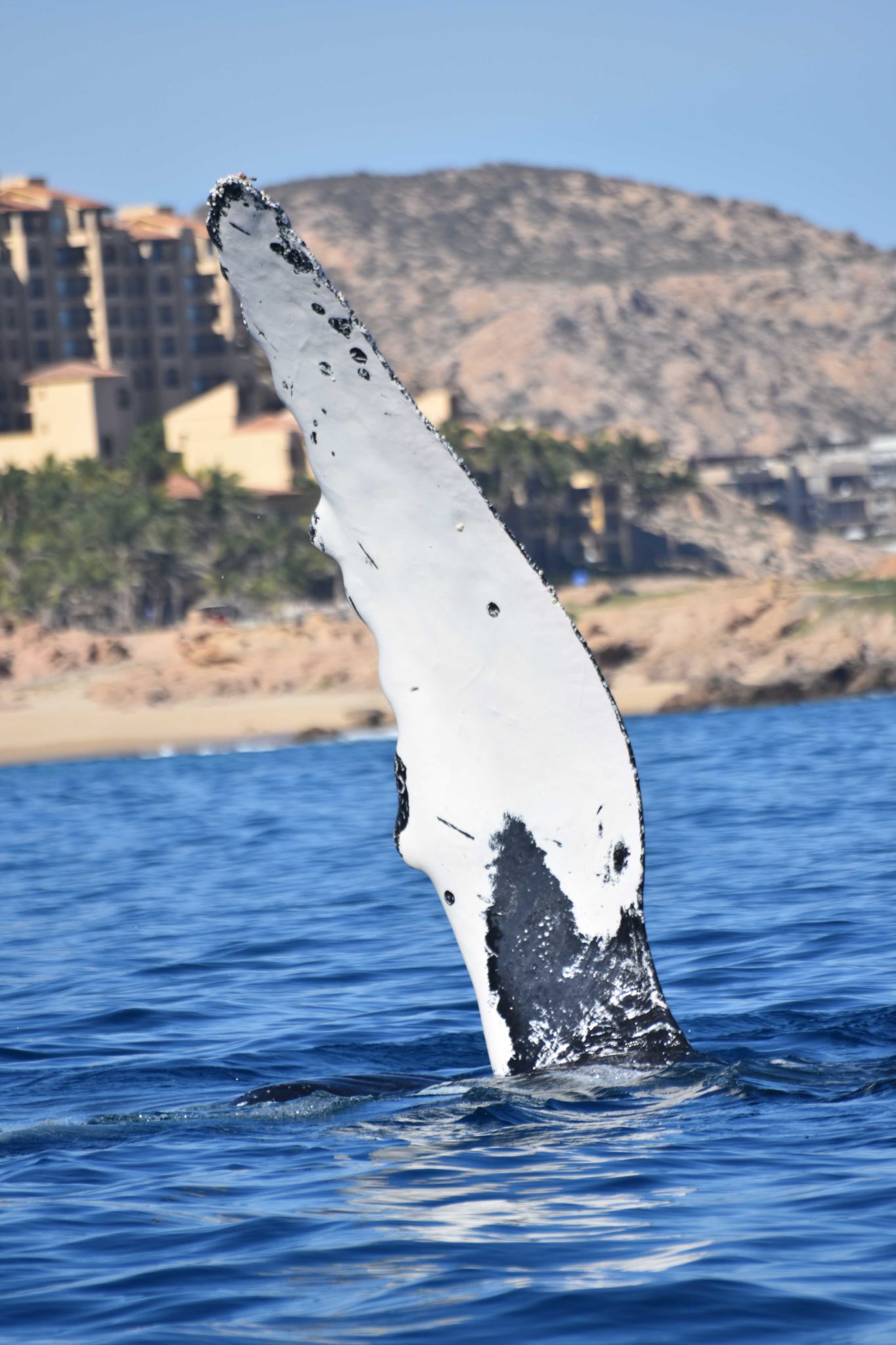