The Largest Toothed Whales in the World

Occasionally seen in water off the coast of Baja California, the Sperm Whale is the largest toothed whale in the world. Males can grow up to 60 feet in length and can weigh 40-50 tons, usually reaching full size around 50 years old. Females tend to be smaller, usually around 30-40 feet long and weighing 14-18 tons. The brain of a Sperm Whale is the largest of any animal and has an average weight of 17 pounds in mature males. The Sperm Whale is easy to distinguish from other whales because of their block-shaped heads which can account for a third of their overall length. This head shape came about after many generations of natural selection, and now holds the most powerful natural sonar system in the animal kingdom and a large nasal complex filled with an oil-like substance, called spermaceti.

The Sperm Whale received its name due to this oil-like substance resembling semen which fills its head cavity. They use this structure to echolocate its main food source, the giant squid, in complete darkness of the deep ocean. Circular scars on the head of these whales are thought to be from the suckers of giant and colossal squid, which the Sperm Whale hunts and eats at depths in excess of 5,000 feet.
Book today! 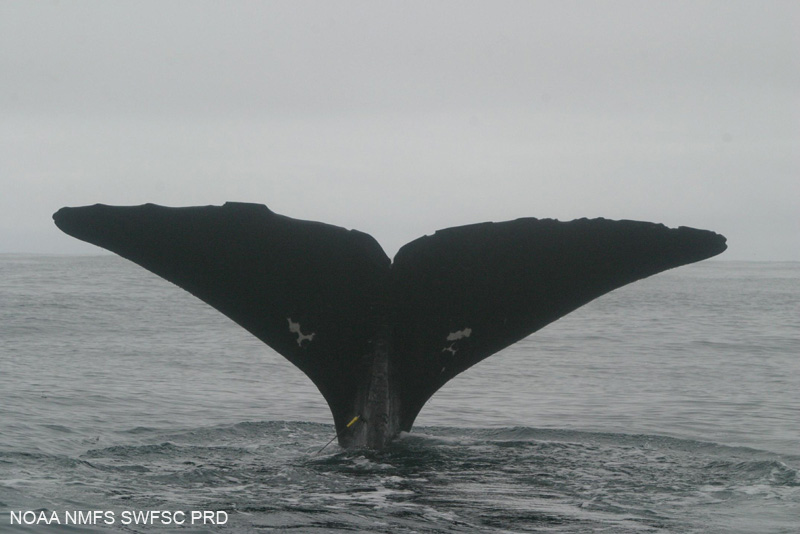 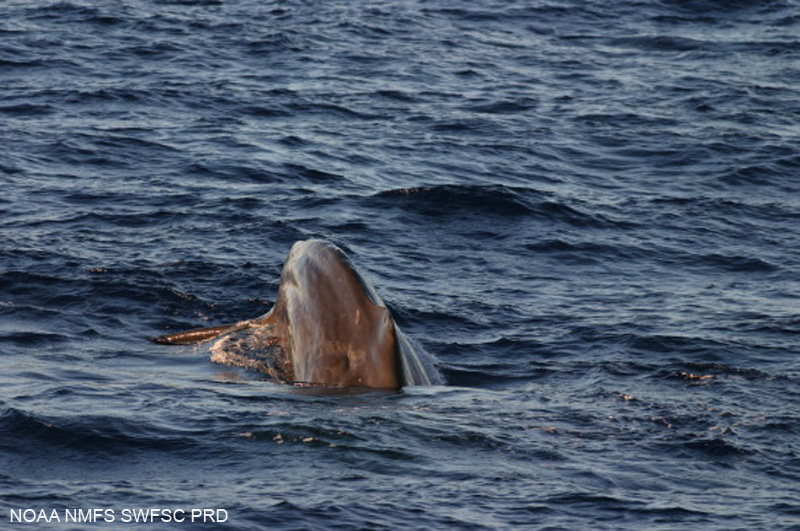 Identifying characteristics of the Sperm Whale: 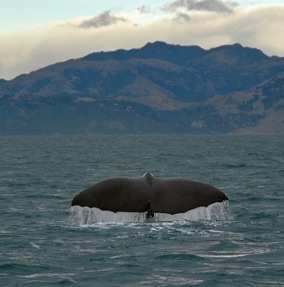 Sperm Whales can be found worldwide in areas with a water depth of 2,000 feet or more, allowing them access to their key food source, squid. Their migration patterns are not as predictable as those of baleen whales, while some whales seem to migrate north during the summer, there are populations in tropical and temperate regions which show no seasonal migration. Although listed as an endangered species, population estimates are anywhere between 200,000 to as many as 1,500,000 whales. Occasionally we see Sperm Whales from the California-Oregon- Washington stock, passing through the deeper waters of Baja, and it is always a magical experience. The social structure of these creatures is very complex, and individuals are usually found in social groupings called “Units.” These groups are composed of up to 12 animals and bonds between members of a unit are strong and long-lasting. Members protect the young, the sick and individuals which are injured very closely, sometimes by forming a protective circle around them. Units may associate together for short periods of time, and are considered casual acquaintances. Because of how efficiently the Sperm Whale can store oxygen in their blood and muscles, adults can stay submerged for over an hour without taking a breath. They are also the deepest divers of all mammals and can reach depths of over one mile in search of squid. Using vocalization, these animals produce loud clicks while foraging to locate prey in complete darkness. These clicks can be as loud as a rifle shot, and are also used to communicate between individuals, although little is known about this behavior. Although not thought to be necessary for feeding, the Sperm Whale between 20-26 conical teeth, which can each weigh up to 2 pounds. Sperm Whale gestation is approximately 15-18 months and the calf is born tail first near the surface of the water. Calving rate is around one every four years and calves nurse for 2-4 years, during which time they drink an average of 45 pounds of milk a day. While the calf is weaning, members of the calf’s natal unit remain at the surface to babysit while its mother is at depth feeding. Female Sperm Whales reach maturity around 9 years of age, with males becoming sexual mature between the ages 10-20. Young males disperse from their natal unit between 6-12 years of age, while females tend to remain in lasting groups with other females of their family. Males predominantly live solitary lives in colder waters until “social maturity” around 30 years of age at which point they migrate to tropical waters looking for mates.
Book today!