One of the larger members of the dolphin family, Short-finned pilot whales reach lengths of between 12ft for females and 18ft for males, with some males reaching 24ft. Full grown adults can weigh between 1-3 tons and usually travel in groups between 25-50 animals. Pilot whales are polygynous, which means males will have more than one mate. Their pods are normally composed of one male for every eight mature females. Females will remain with their birth school whereas the males will leave their birth school shortly after maturity.

Pilot whale gestation last approximately 15 months while lactation lasts over two years. Females normally have a calf every five to eight years from the age of 10. Males will leave up to 45 years with females living for 60 years. 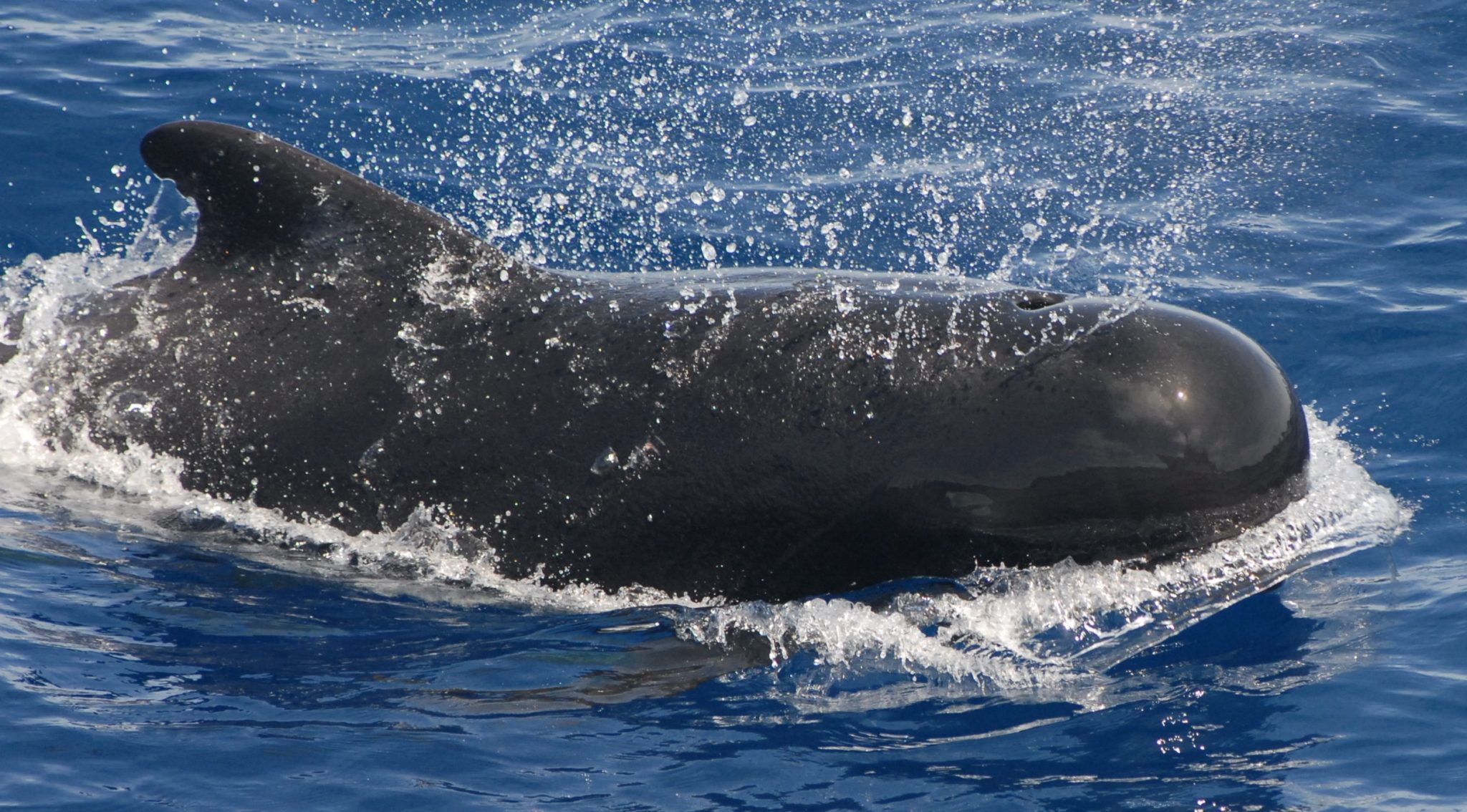 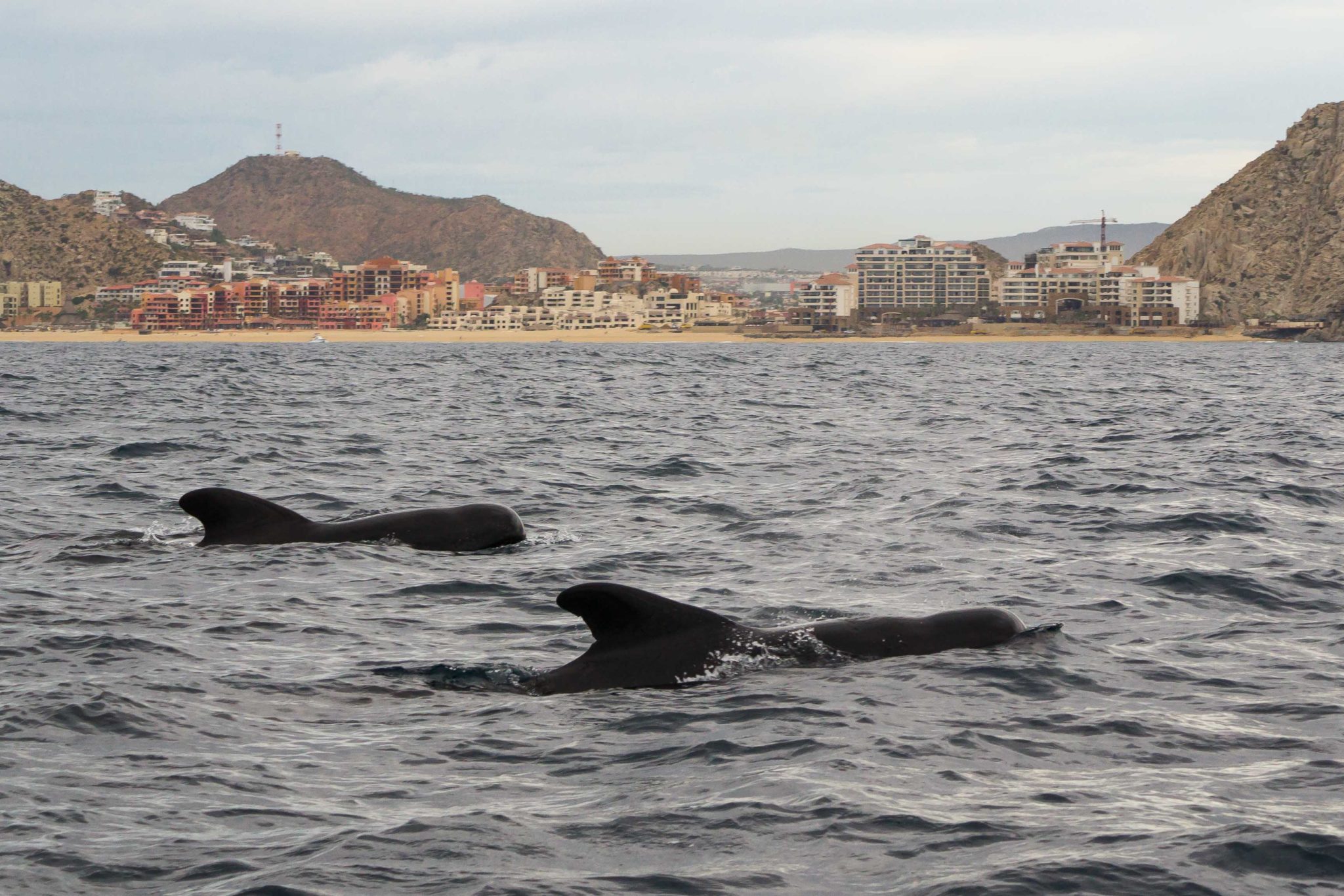 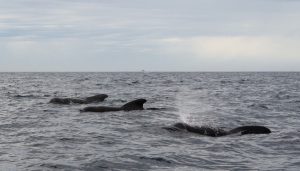 Pilot whales feed primarily on squid, but may also feed on fish and octopus found at depths over 1000 ft. When these animals begin to forage their group size normally increases and will sometimes stretch for over ½ a mile. They prefer warmer tropical waters and can be found both inshore and offshore, but typically stay in areas with deeper waters. Pilot whales can be seen passing by Cabo as they make their way into the Sea of Cortez looking for squid. An unusual sighting for Cabo, but can be seen 2-4 days a year as they make their migration in and out of the Sea of Cortez.

Short-finned pilot whales are found throughout tropical and subtropical waters
worldwide, with emphasis on water deph as opposed to distance from shore. There are four recognized groups of these animals in North American waters: West Coast, Hawaii, Northern Gulf of Mexico, and Western North Atlantic. In more recent population estimates, the total short-finned pilot whale population numbers around 45,000 animals in waters off North America. Because of their migratory nature, there is little data on this species as to their migratory patterns and habits.

As with most marine mammals, entanglement is the primary threat to their survival. This usually occurs through several types of

commercial fishing gear such as gillnets, longlines, and trawls. Ship strikes may also be a problem around Hawaii, as several individuals have been found with propeller injuries.