The Wings of the Sea

Humpback Whales can be seen throughout the whale watching season here in Cabo, in all varieties: males, females and even baby calves! The Humpback is a prime example of a baleen whale, adults can range from 40-50 ft in length and weigh between 30 and 50 tons. The Humpback is a very acrobatic animal, often seen breaching and using their flippers to slap the surface of the water. Male Humpback Whales have lengthy song sessions, in which complex songs can last for more than 10 minutes and continue for hours.

Humpbacks can be found in all the oceans and seas of the world, and tend to migrate up to 25,000 Km/year. They feed spring through summer, in polar waters off the coast of Alaska, mainly on krill and small fish. They use many different techniques for feeding which are discussed later. In fall, Humpbacks migrate over 4000 miles to their breeding grounds of the coasts of Japan, Hawaii, and Mexico, where the water is much warmer. During the winter, Humpbacks live off their fat stores of blubber for energy, while breeding and raising calves. Researchers identify four distinct global populations of Humpback: North Pacific, Atlantic, and 2 more populations in southern oceans. 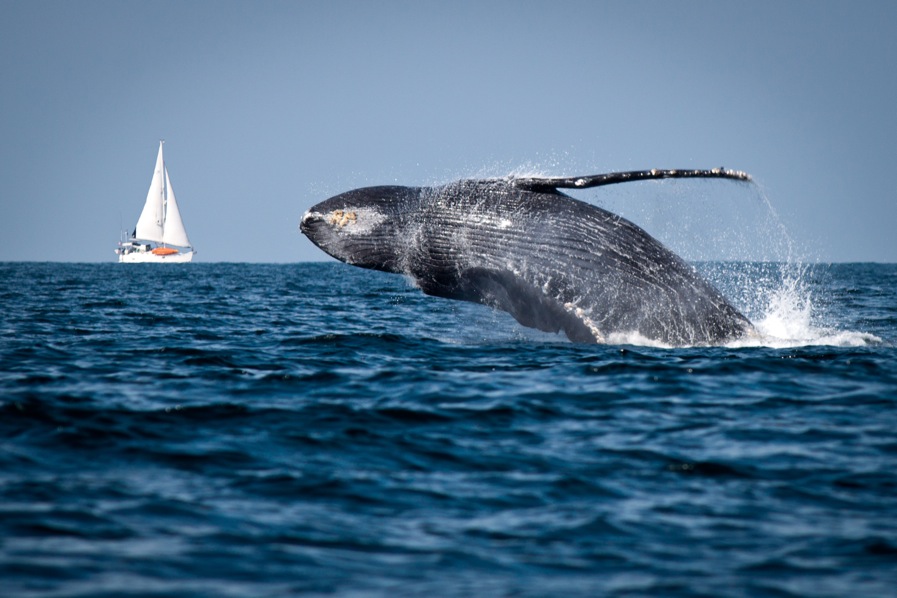 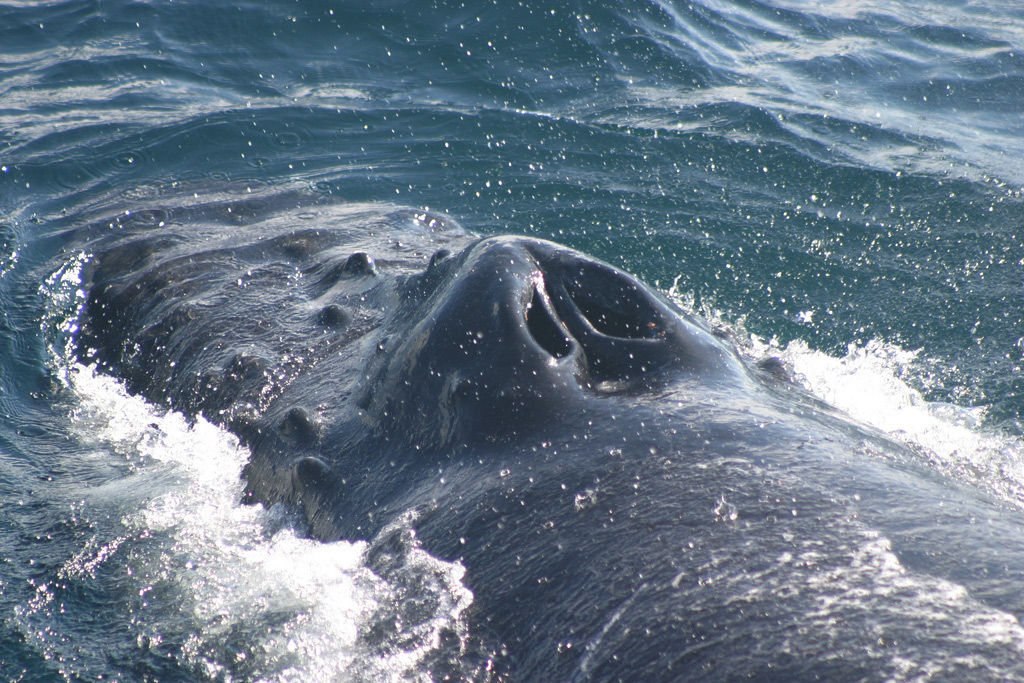 Identifying characteristics of the Humpback Whale: 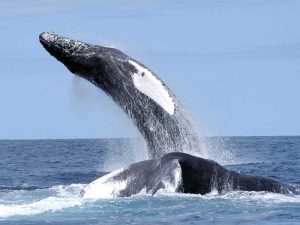 During the summer, Humpback Whales feed on krill and schooling fish, (such as Herring, Salmon, and Capelin) to increase their fat stores. Usually they feed alone, using the siphoning technique, which is where a Humpback will swim directly through the middle of a school, with mouth wide open, and then siphon the water out through its baleen bristles, leaving only the fish. They have also been seen to disable fish by striking shoals with their flippers or flukes. Another technique which has been documented, although very rare to witness, is the bubble-net technique. Using this technique, a group of whales will work in unison to continually produce a smaller ring of bubbles surrounding a school of fish and confining them    to a small area. The whales will then swim upward through the bubble-net, engulfing huge quantities of fish in one gulp. Working together as a team, some whales create bubbles, while others dive to drive fish toward the surface, and yet another group works using its song to confuse the school and group them even tighter together.

In the winter, Humpbacks migrate to their breeding grounds, some of which are off of Cabo San Lucas, allowing us a spectacular opportunity to see these whales returning to give birth and nurture their calves. When Humpback calves are first born they measure between 12-16 feet long and may weigh around 3 tons. Just like humans, these mammals are nursed by their mother, for approximately 6 months, they are then sustained for another 6 months on a mixture of nursing along with independent hunting. They grow approximately 25-30 ft by the end of their first year, when they gain independence from their mother. Females reach sexual maturity at the age of 5, but do not reach full adult size for several more years. Researchers have recently discovered males reach sexual maturity around 7 years of age. Females typically breed every two or three years, although some have been found to breed in consecutive seasons.