Gray Whales tend to be seen beginning in January, as these whales finally reach their breeding grounds off the coast of Baja California, after one of the longest migrations of any mammal, traveling up to 10,000 miles annually roundtrip. Gray Whales are baleen whales, which reach a moderate size between 30 to 50 feet as adults and can weigh up to 100,000 lbs. Females are slightly larger than males. Scientists are unsure as to how long these creatures can live, but the life span is believed to be anywhere between 40 and 80 years, with species over 80 years old being documented.

The eastern North Pacific Gray Whale population, those which winter in grounds along the Baja peninsula, spend their summers in feeding grounds throughout the Chukchi, Beaufort, and Bering Seas. They feed mainly on benthic invertebrates found in the muddy ocean floor, preparing for their long migration south. Gray Whales then make their way over 5,000 miles to their warm water breeding and calving lagoons in southern Baja California. They then rely on their blubber for energy while migrating and calving, although they can be seen feeding occasionally off the shores of Cabo San Lucas. 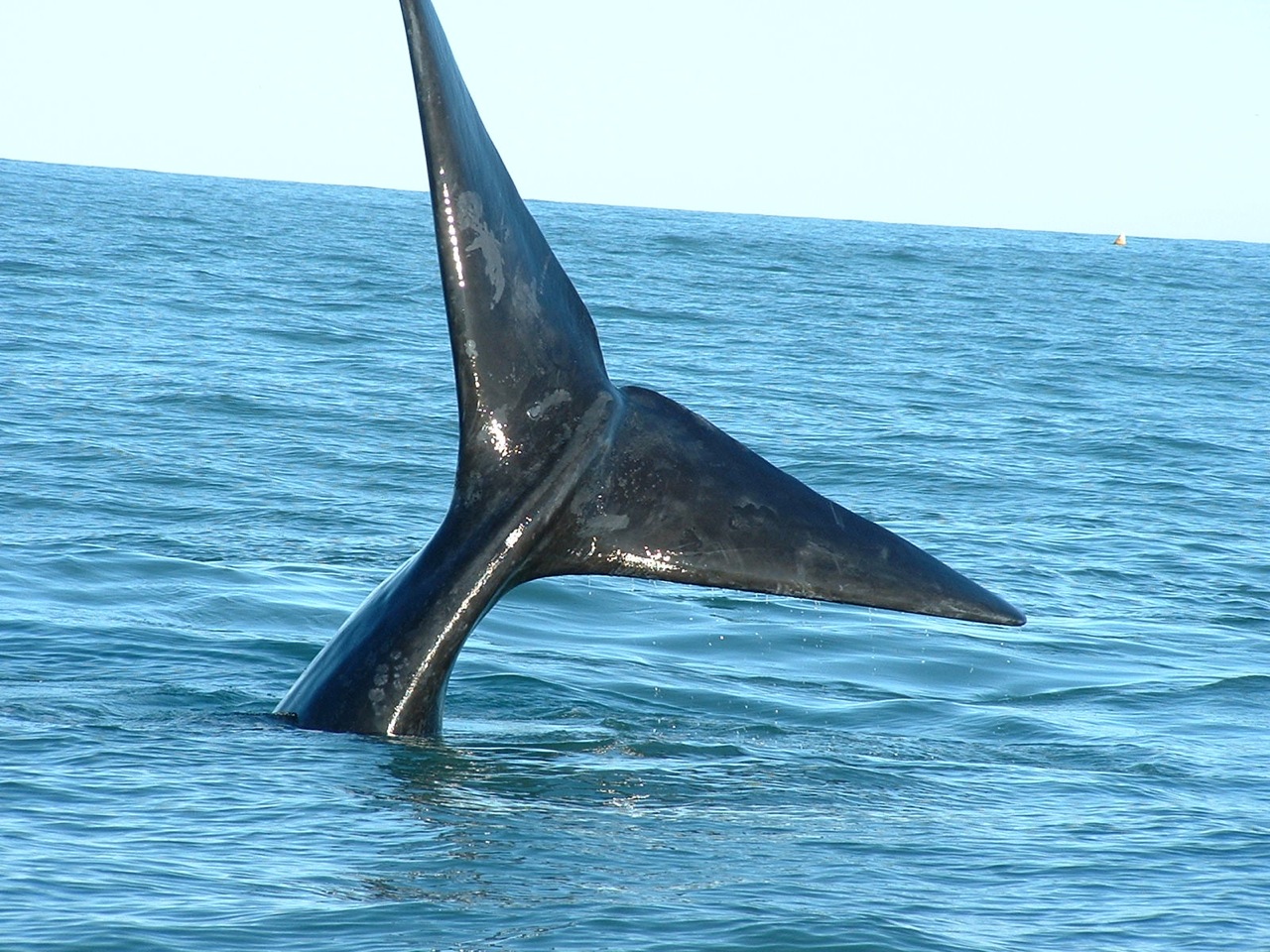 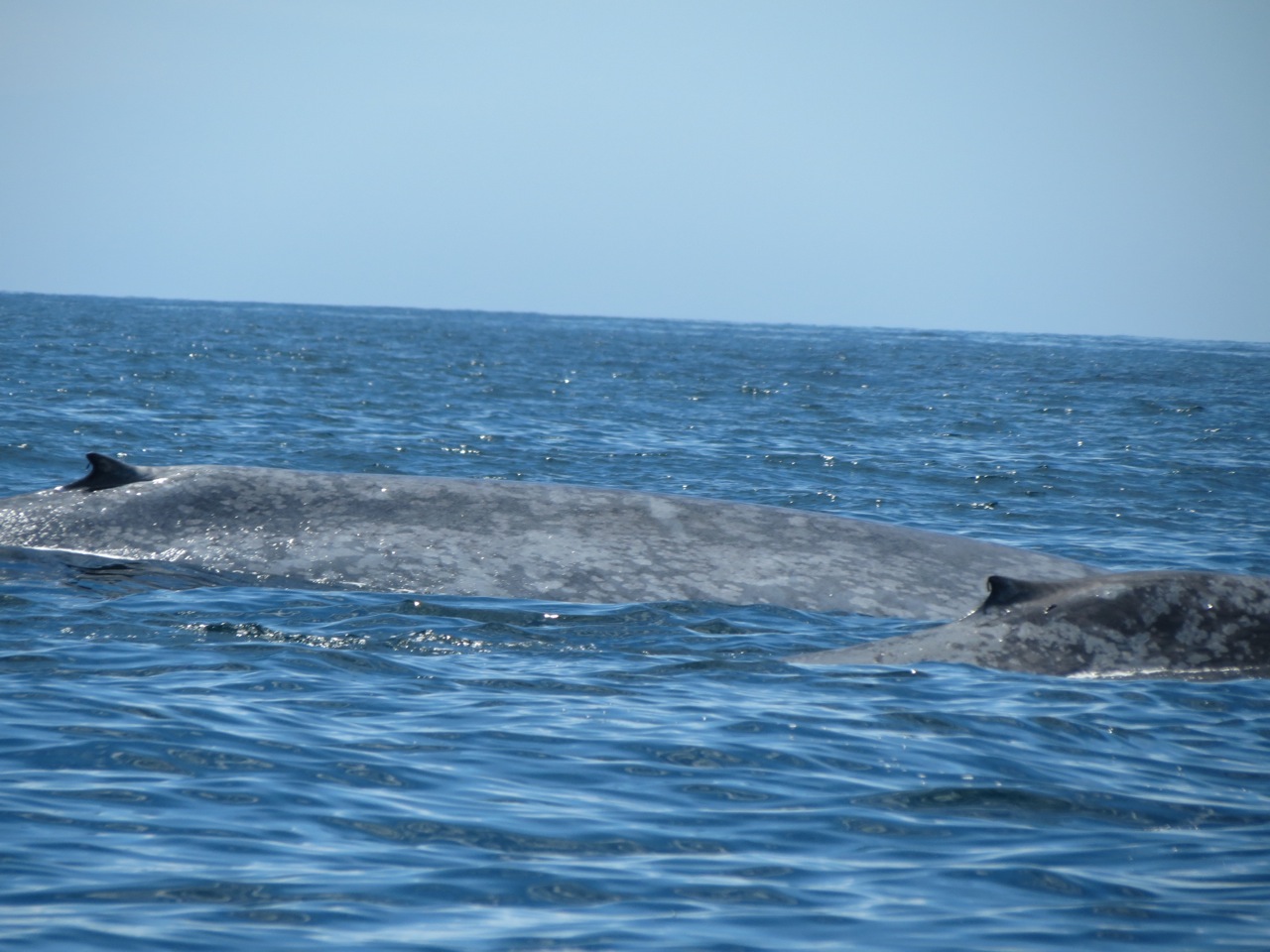 Identifying characteristics of the Gray Whale: 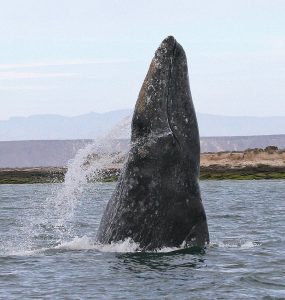 The Bering Sea acts as the ideal summer feeding grounds for Gray Whales, because of its vast size and shallow depths. Primarily suction feeders, gray whales scoop up large quantities of mud and then filter out benthic amphipods with their baleen. While feeding these whales stir up over 150 million gallons of sediment each year, this plays a vital role is creating new habitats for animals on the sea floor as well as dispersing much needed nutrients up into the water column. By late November, most gray whales have began there long journey south, although time of migration depends on age, sex, and reproductive condition. The first to begin the migration are pregnant females, followed by reproductive aged males and females, and finally immature animals of both sexes.

Migrating Gray Whales normally travel solo or in small groups, and have predictable diving and breathing patterns. Large aggregations can be seen in both feeding and breeding grounds, although the animal is not believed to be highly social. They tend to travel and migrate together mainly for protection, while mother/calf pairs can be seen for up to one year after the calf is born. Sexual maturity in attained between 6 and 12 years, and competition between males is relatively low.Instead Gray Whales engage in non-monogamous group mating. Gestation period is somewhere between 12 to 13 months and calves tend to be born around mid-January. Females produce an average of one calf every two years, while weaning takes from seven to nine months for young whales to become independent. The population of Gray Whales was diminished to only a few thousand by commercial whaling, but it is estimated that now there are over 22,000 Gray Whales world-wide.