The Wings of the Sea

Bryde’s (pronounced “broodus”) whales are members of the baleen whale family and are considered one of the “great whales” or rorquals. These rorquals can reach lengths of about 40-55 ft (13-16.5 m) and weigh up to about 90,000 lbs (40,000 kg). Males are usually slightly smaller than females. Little is known about these very complex animals, with several genetically distinct species occurring in different locations.

Bryde’s whales live in primarily tropical waters and are rarely seen in waters off Cabo San Lucas. Chances of this rare sighting are high at the beginning and end of the whale watching season during El Niño years, where waters surrounding Los Cabos are slightly warmer. When surfacing, these animals can be sighted by their 10-13 ft high blow, or respiration, which occasionally will occur underwater. These great whales are often characterized by biologists as displaying erratic and strange behavior compared to other baleen whales. This is due to their irregular breathing and diving patterns and unexpected changes in direction, making viewing a real challenge and a treat. 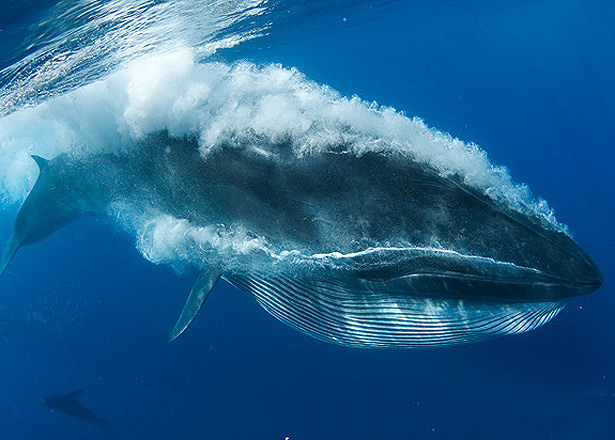 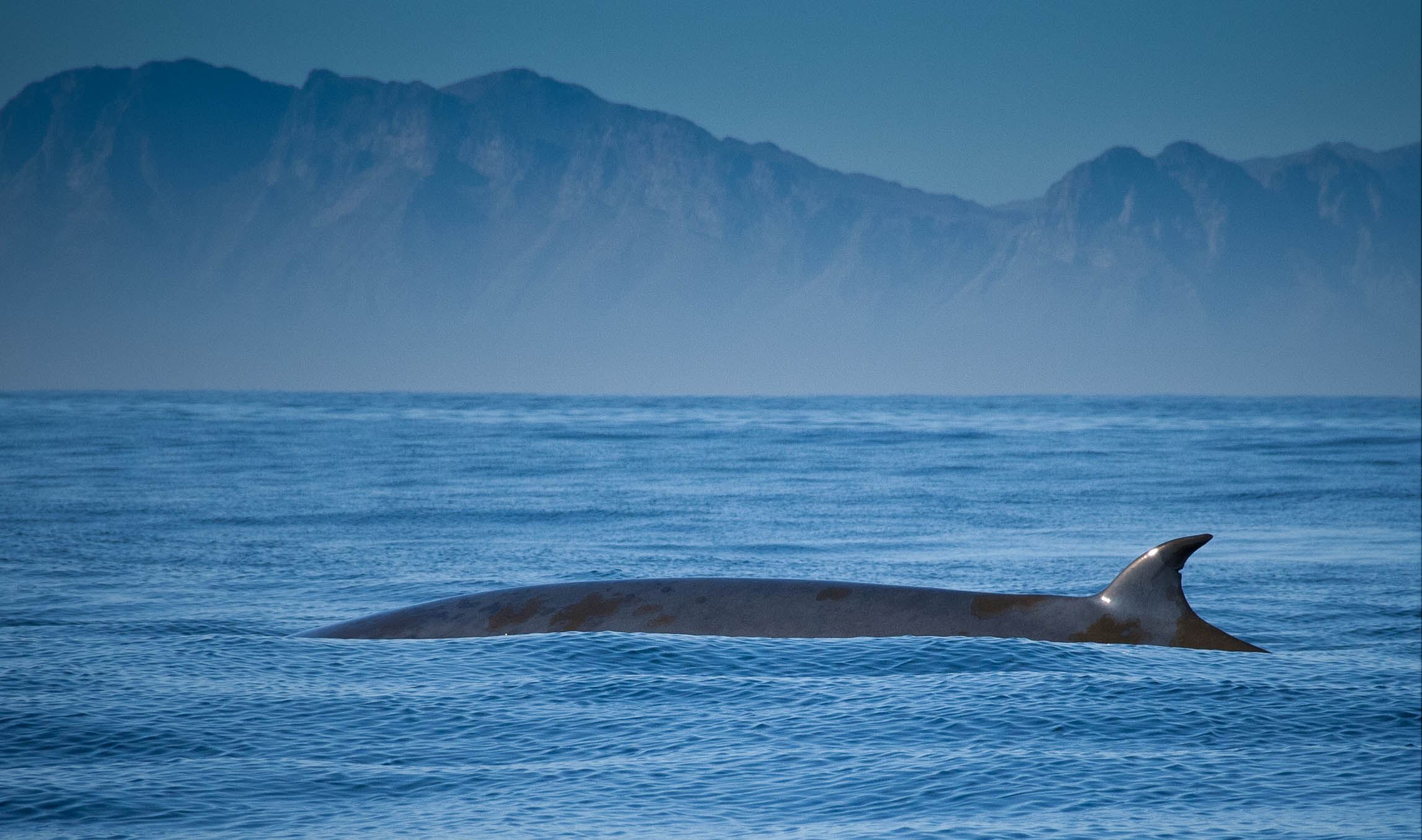 Identifying characteristics of the Bryde’s Whale: 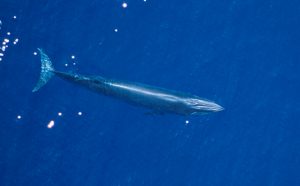 Bryde’s whales can usually be found traveling alone or in pairs, but occasionally large aggregations have been reported
in areas with abundance of prey. These whales will opportunistically feed on plankton, crustaceans as well as schooling fish. A very skilled hunter, the Bryde’s whale will use several different feeding techniques depending on prey and sea conditions. These methods include bubble nets, surface skimming and lunge feeding. During feeding these animals can reach depths over 1,000 ft on dives of 10-20 minutes. Unlike other rorquals, the Bryde’s whale does not fluke when diving. As well, these animals have the ability to travel at speeds of over 12 mph when threatened.

Bryde’s whales become sexually mature at 8-13 years of age and may mate year round. The peak of the breeding and calving season may occur in the autumn. Females breed every second year, with a usual gestation period of 11-12 months. Females give birth to a single calf that is about 11 ft (3.4 m) in length, which is nursed for about 6-12 months. 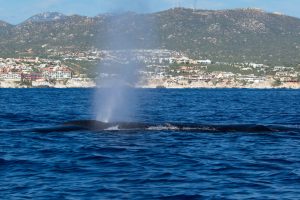 Like other information regarding the Bryde’s whale, it is unknown as to how long these animals live, but we do know their population is between 90,000-100,000 individuals worldwide.

Although there is still much to learn about these animals, they are always a welcome treat to see onboard our educational whale watching tours in Cabo!