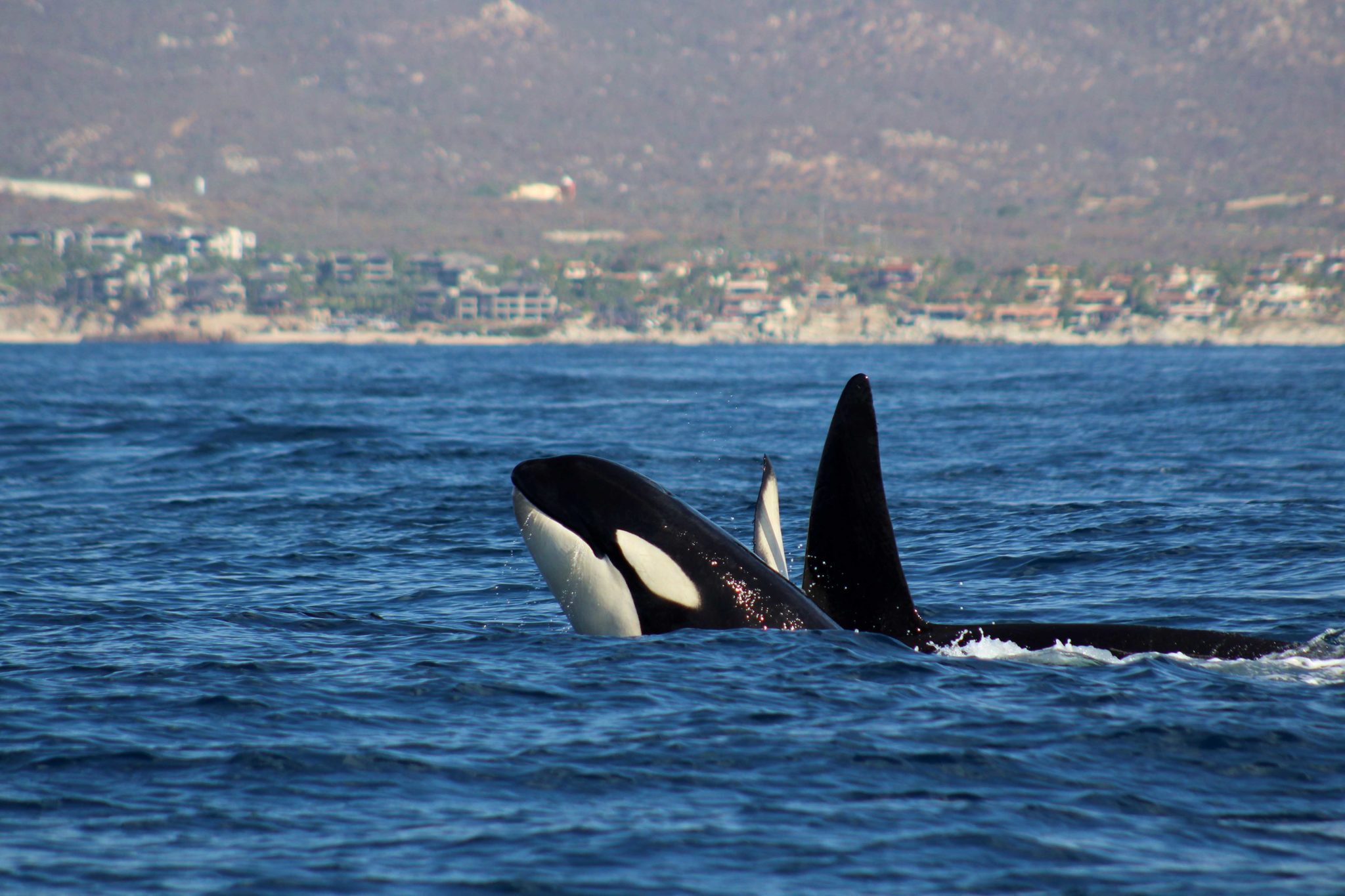 The social life of Orcas

By Philipp MoserOctober 27, 2019No Comments

The social life of Orcas 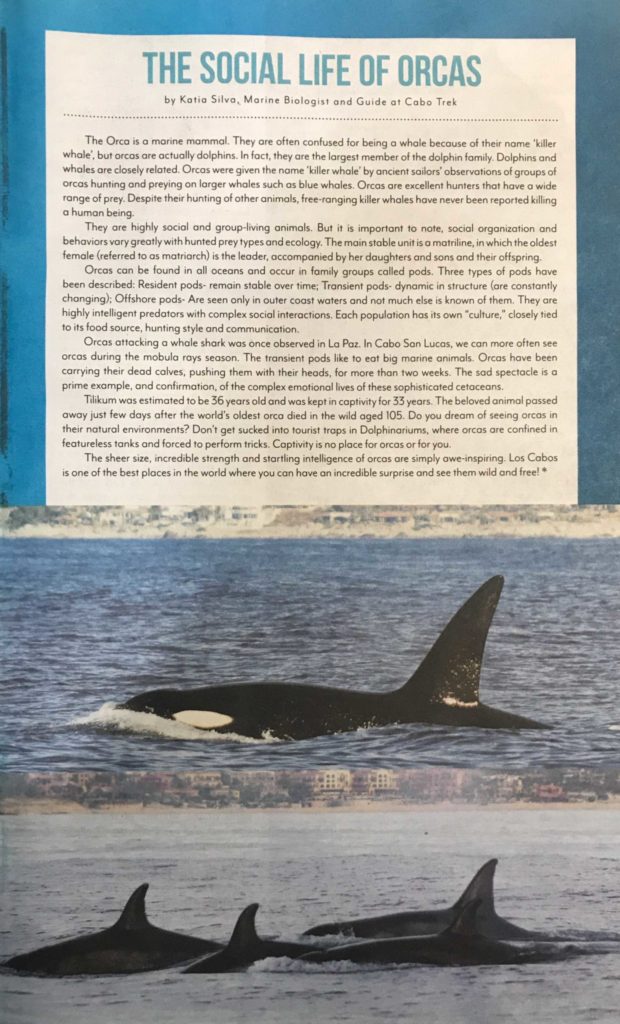 Orca is a marine mammal. They are often confused for being a whale because of their name ‘killer whale’, but orcas are actually dolphins. In fact, they are the largest member of the dolphin family.

Dolphins and whales are closely related. Orcas were given the name ‘killer whale’ by ancient sailors observations of groups of orcas hunting and preying on larger whales such as blue whales. Orcas are excellent hunters that a wide range of prey. Despite their hunting of other animals, free-ranging killer whales have never been reported killing a human being.

They are highly social and group-living animals. But importantly, social organisation and behaviours greatly vary with prey types hunted and ecology. The main stable unit is a matriline, in which the oldest female (referred to as matriarch) is the leader, accompanied by her daughters and sons and their offspring.

Orcas can be found in all oceans and occur in family groups called pods.  Three types of pods have been described: Resident pods: remain stable over time; Transient pods: dynamic in structure (are constantly changing); Offshore pods: Are seen only in outer coast waters and not much else is known of them.

They are highly intelligent predators with complex social interactions. Each population has its own “culture,” closely tied to its food source, hunting style and communication.

Once in La Paz was observed orcas attacking a whale shark. In Cabo San Lucas we can see more often orcas during the mobula rays season. The transient pods like to eat big marine animals.

Orcas have been carrying their dead calfs, pushing it with their heads, for more than two weeks. The sad spectacle is a prime example, and confirmation, of the complex emotional lives of these sophisticated cetaceans.

Tilikum was estimated to be 36 years old and was kept in captivity for 33 years.The beloved animal passed away just few days after the world’s oldest orca died in the wild aged 105.

Do you dream of seeing orcas in their natural environments? Don’t get sucked into tourist traps in Dolphinariums, where orcas are confined in featureless tanks and forced to perform tricks. Captivity is no place for orcas or for you.

The sheer size, incredible strength and startling intelligence of orcas are simply awe-inspiring. Los Cabos is one of the best places in the world you can have an incredible surprise where they can be seen wild and free! 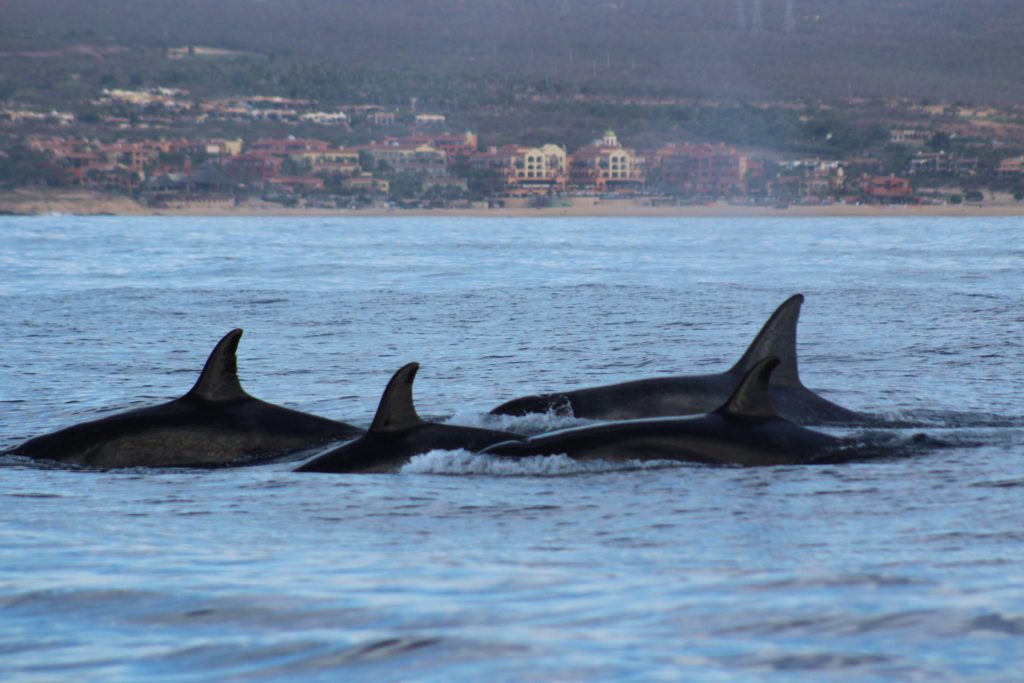 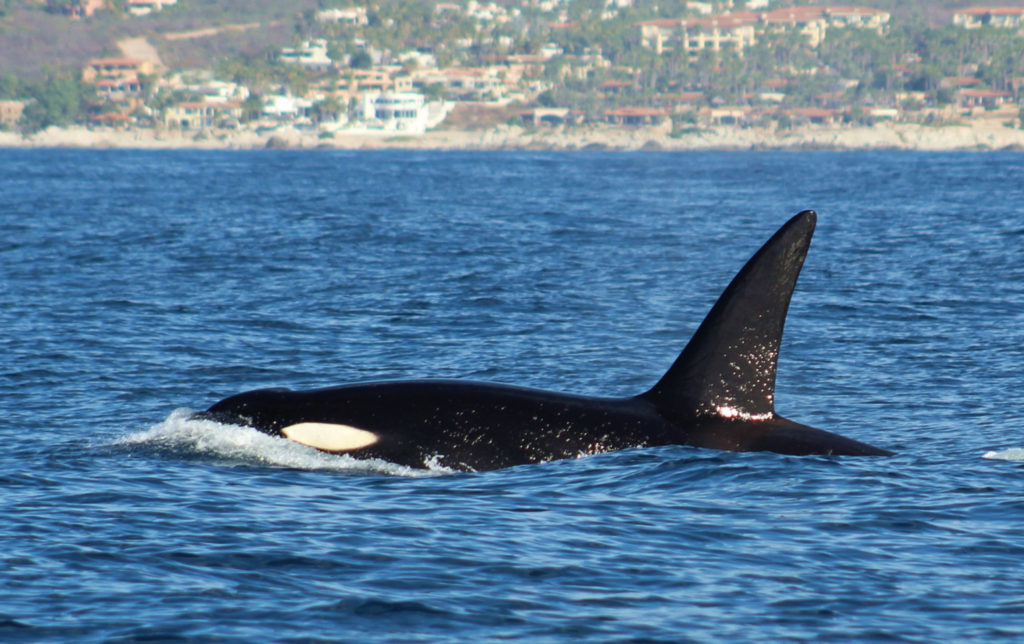 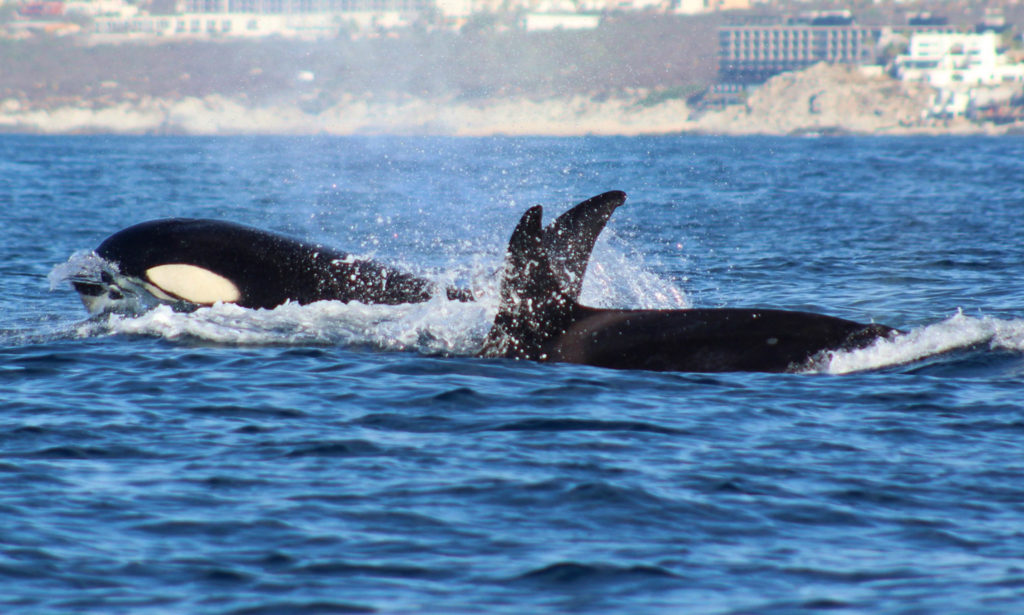 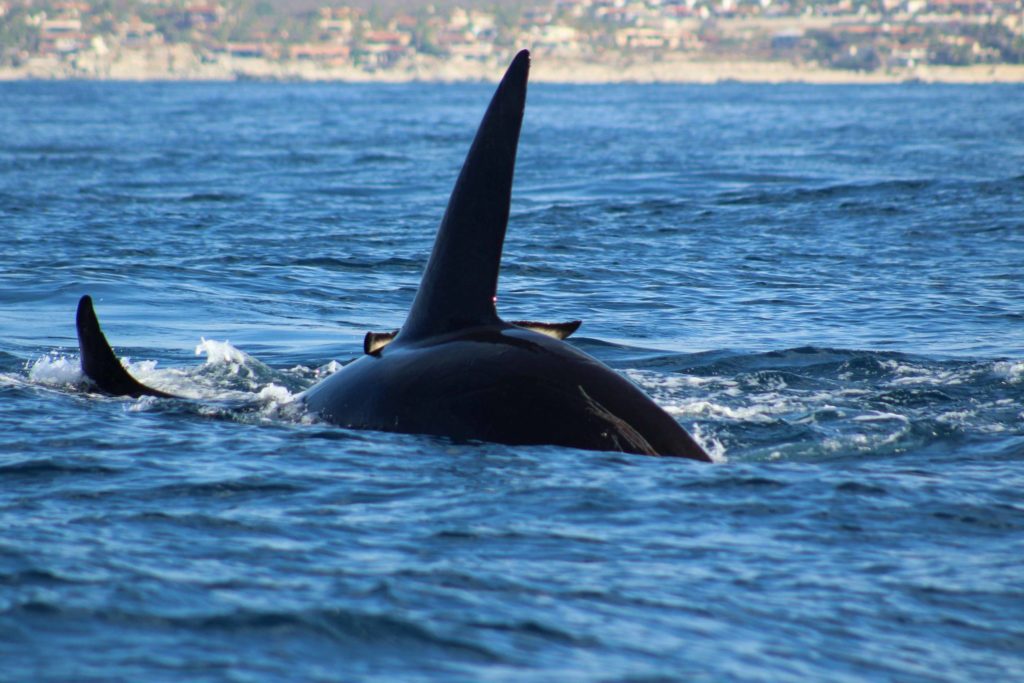