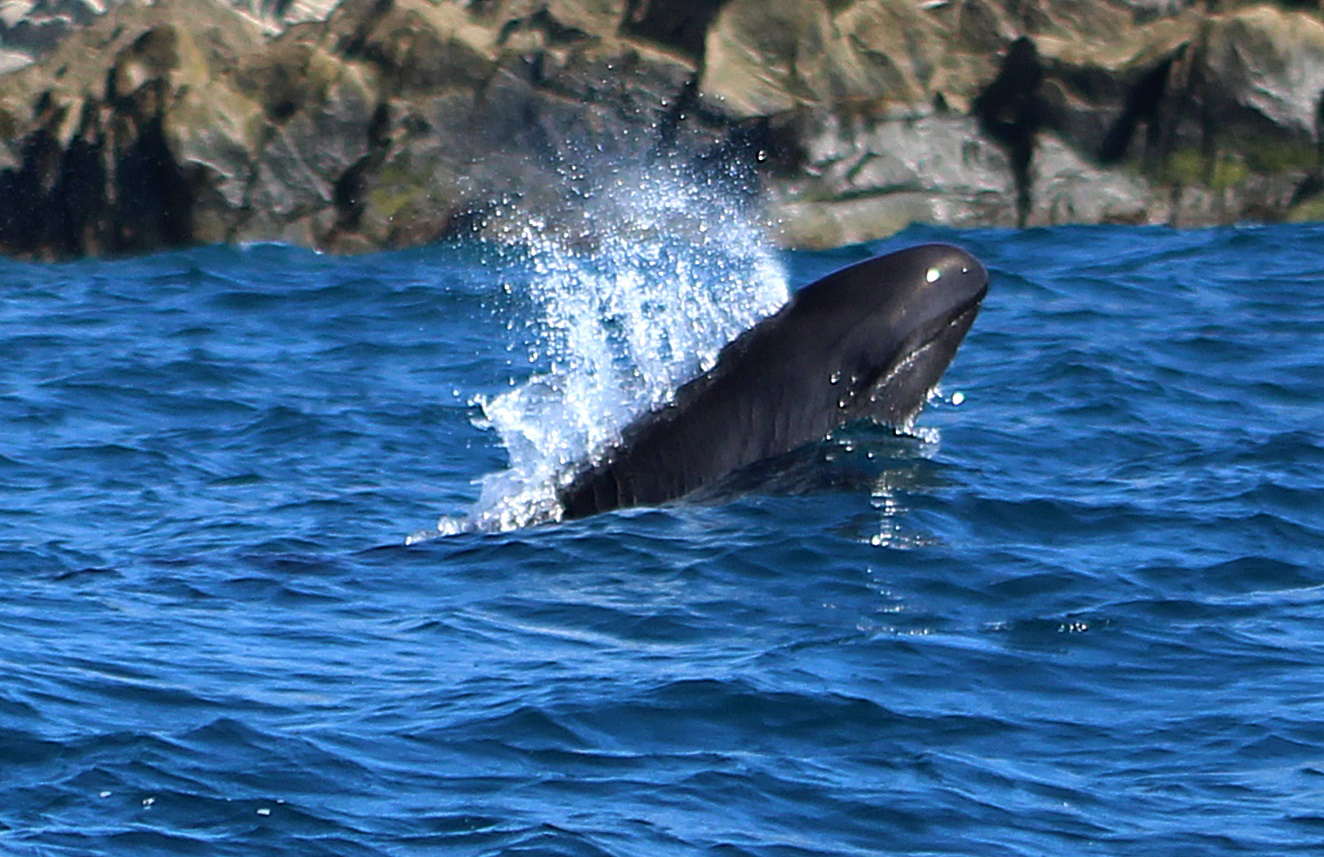 By Philipp MoserSeptember 28, 2019No Comments 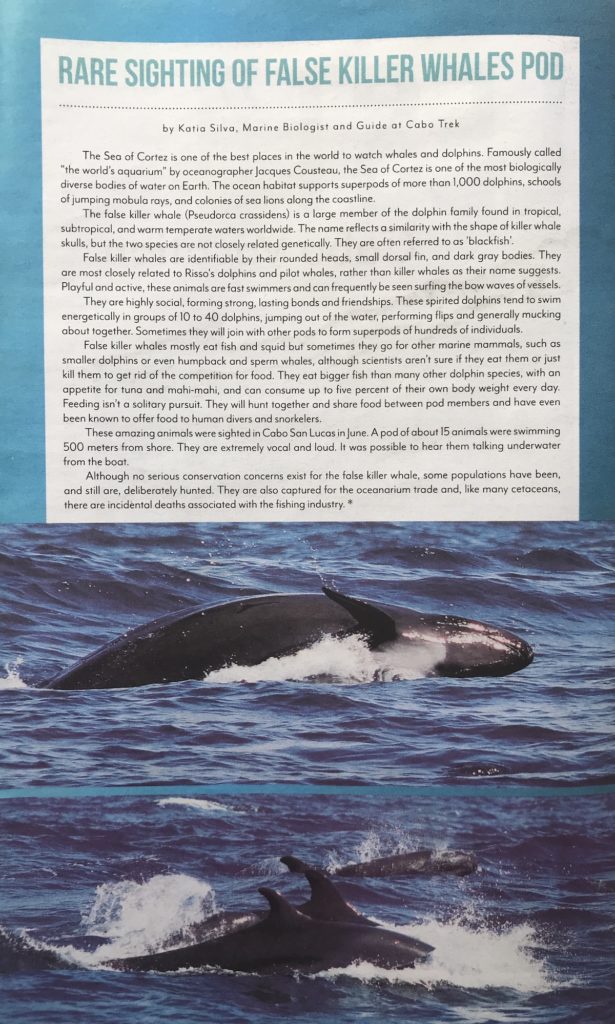 The False killer whale (Pseudorca crassidens) is a large member of the dolphin family found in tropical, subtropical and warm temperate waters worldwide. The name reflects a similarity with the shape of killer whale skulls, but the two species are not closely related genetically. They are often referred to as ‘blackfish’.

False killer whales are identifiable by their rounded heads, small dorsal fin and dark gray bodies. They are most closely related to Risso’s dolphins and Pilot whales, rather than killer whales as their name suggests. Playful and active, these animals are fast swimmers and can frequently be seen surfing the bow waves of vessels.

They are highly social, forming strong, lasting bonds and friendships. These spirited dolphins tend to swim energetically in groups of 10 to 40 dolphins, jumping out of the water, performing flips and generally mucking about together. Sometimes they will join with other pods to form superpods of hundreds of individuals.

False killer whales mostly eat fish and squid but sometimes they go for other marine mammals, such as smaller dolphins or even humpback and sperm whales, although scientists aren’t sure if they eat them or just kill them to get rid of the competition for food. They eat bigger fish than many other dolphin species with an appetite for tuna and mahi-mahi and can consume up to five per cent of their own body weight every day. Feeding isn’t a solitary pursuit. They will hunt together and share food around between pod members and have even been known to offer food to human divers and snorkelers.

These amazing animals were sighted in Cabo San Lucas on june. A pod of about 15 animals were swimming 500 meters from shore. They are extremely vocal and loud. It was possible hear them talking underwater from the boat.

Although no serious conservation concerns exist for the False killer whale, some populations have been and still are deliberately hunted. They are also captured for the oceanarium trade and, like many cetaceans, there are incidental deaths associated with the fishing industry. 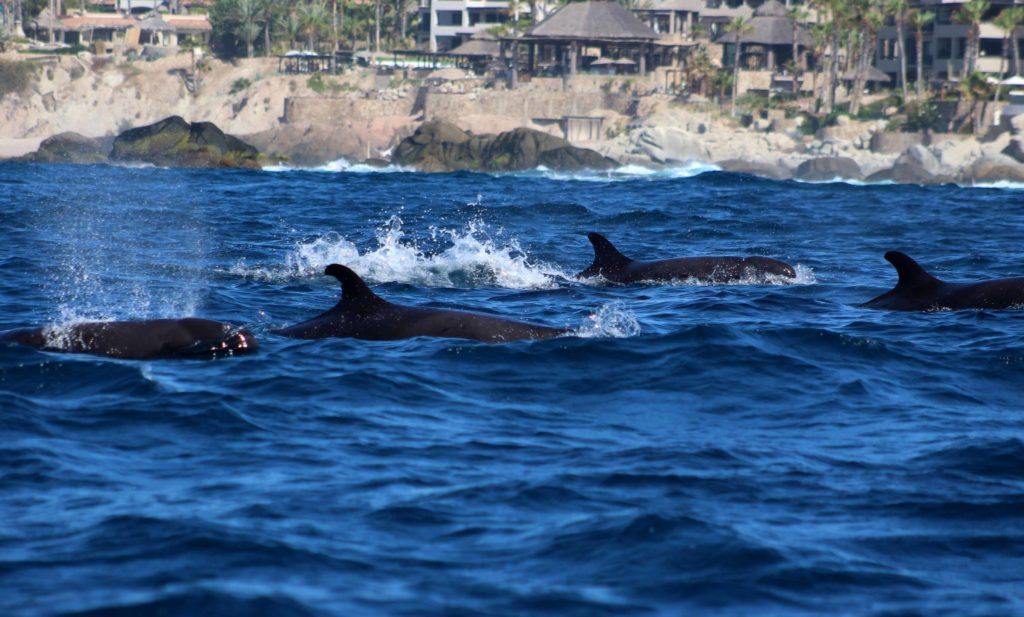 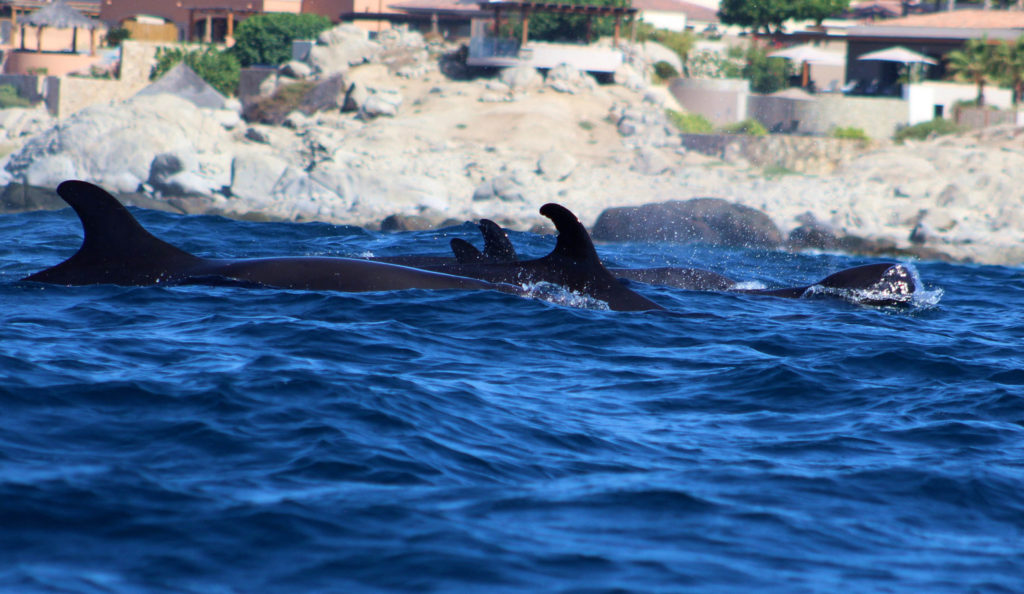 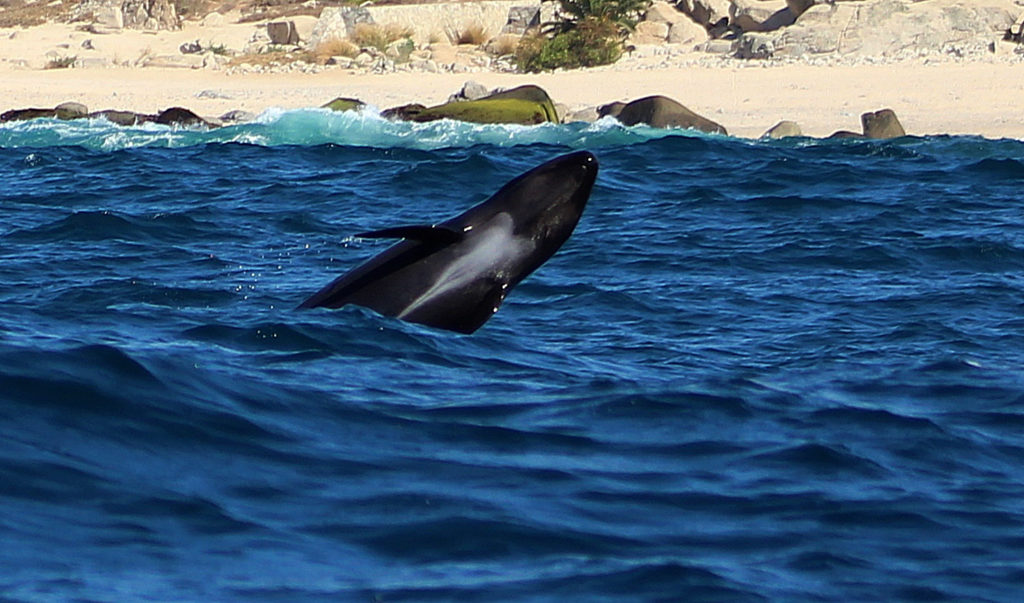 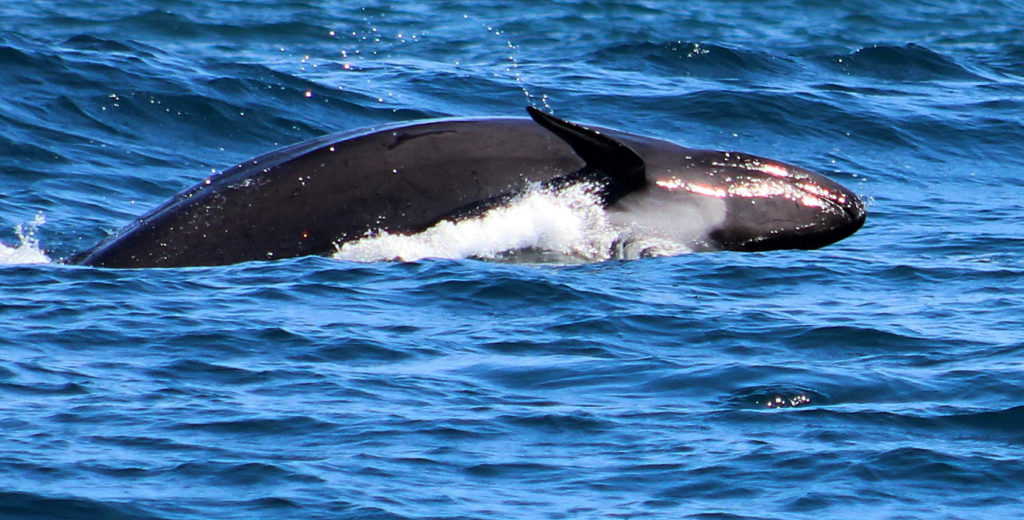 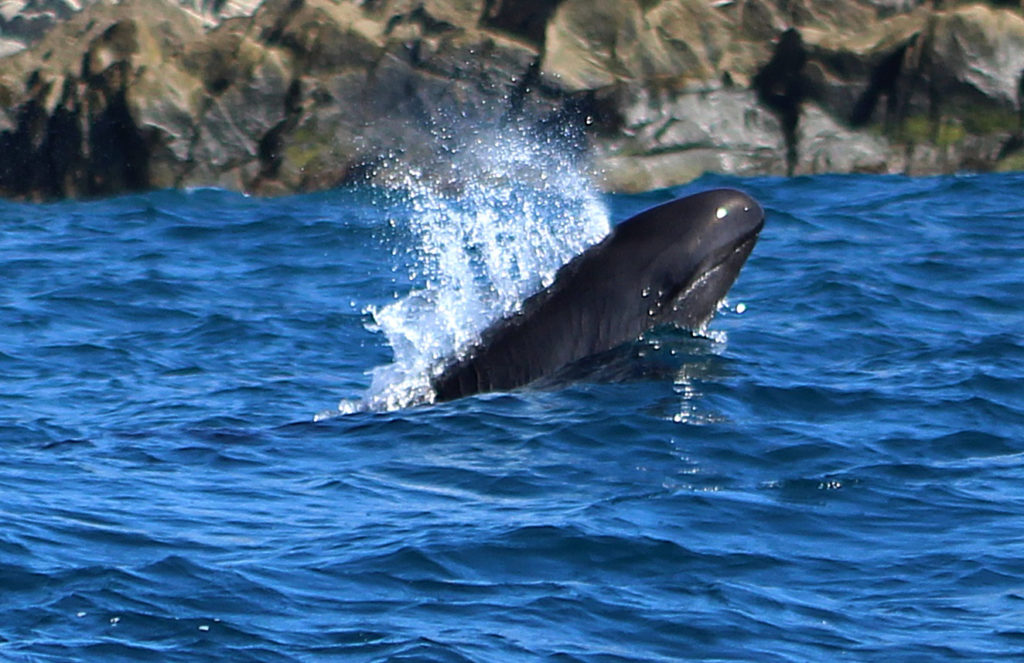 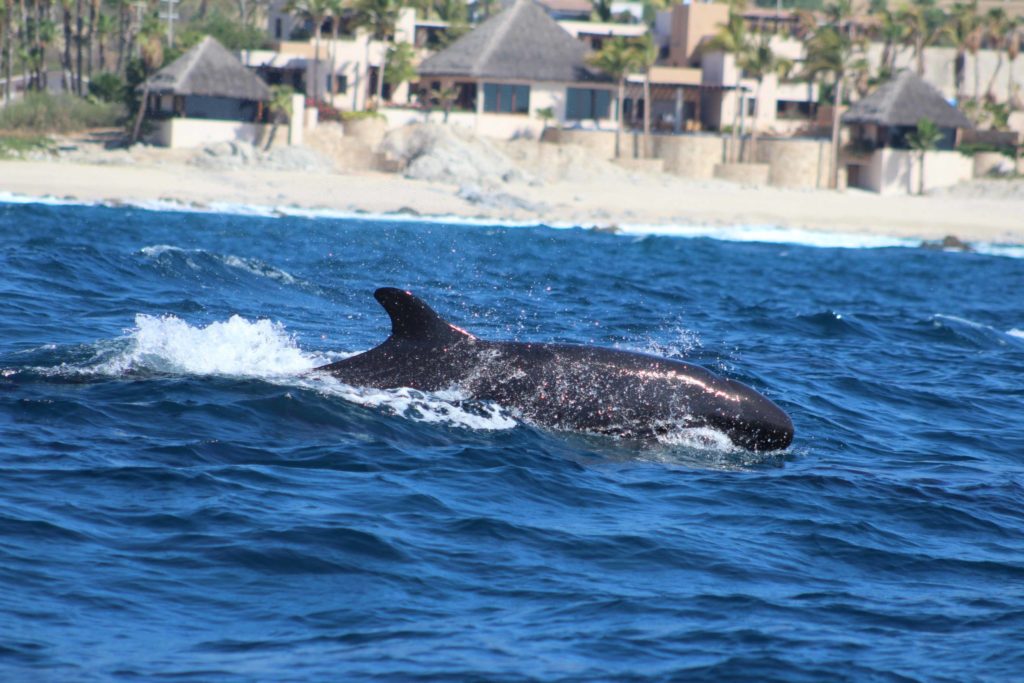 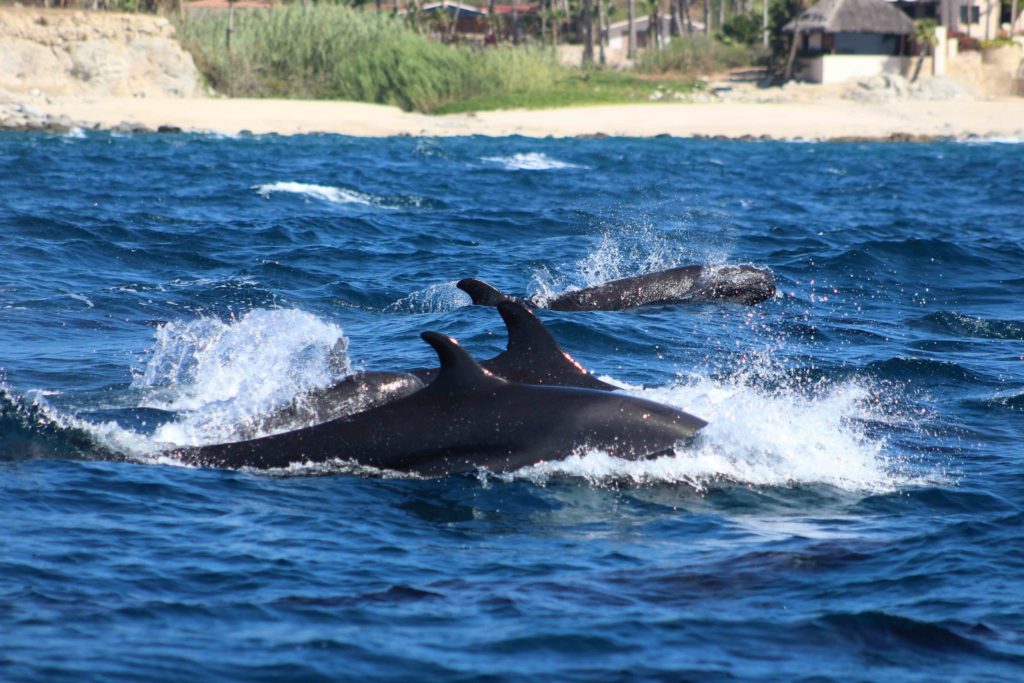 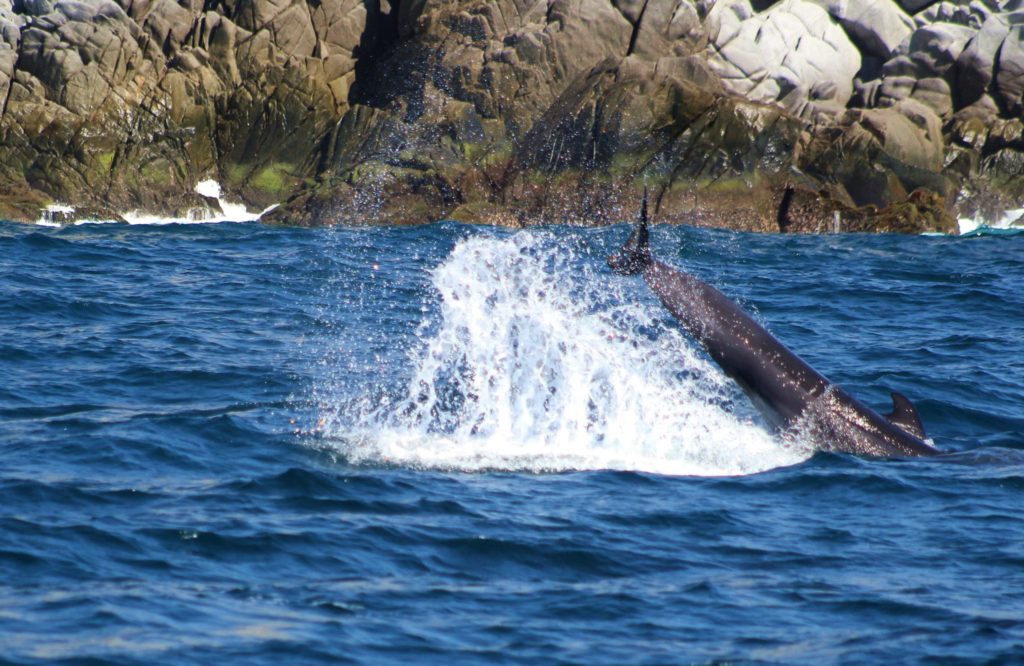 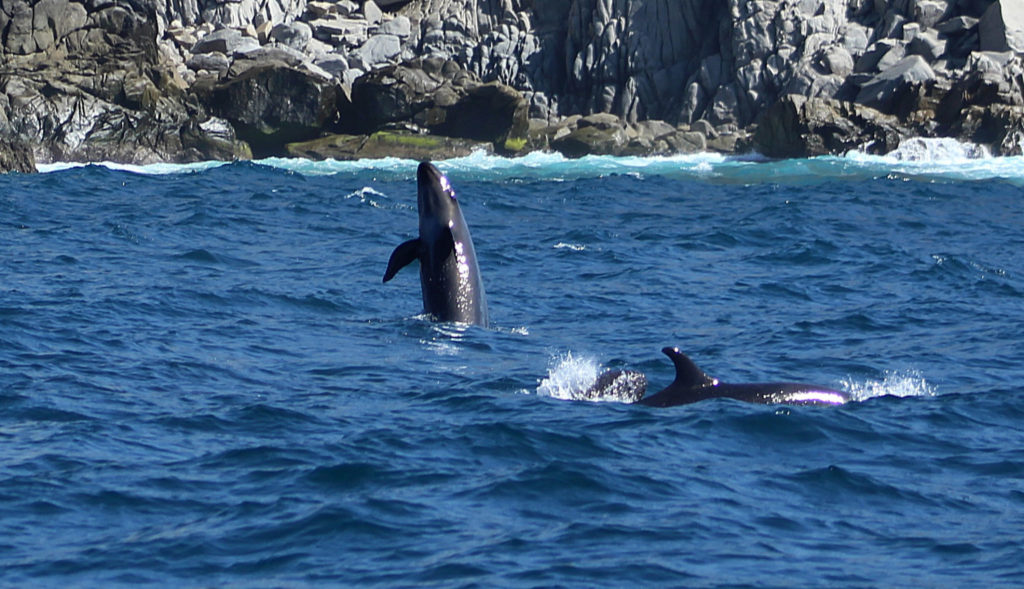