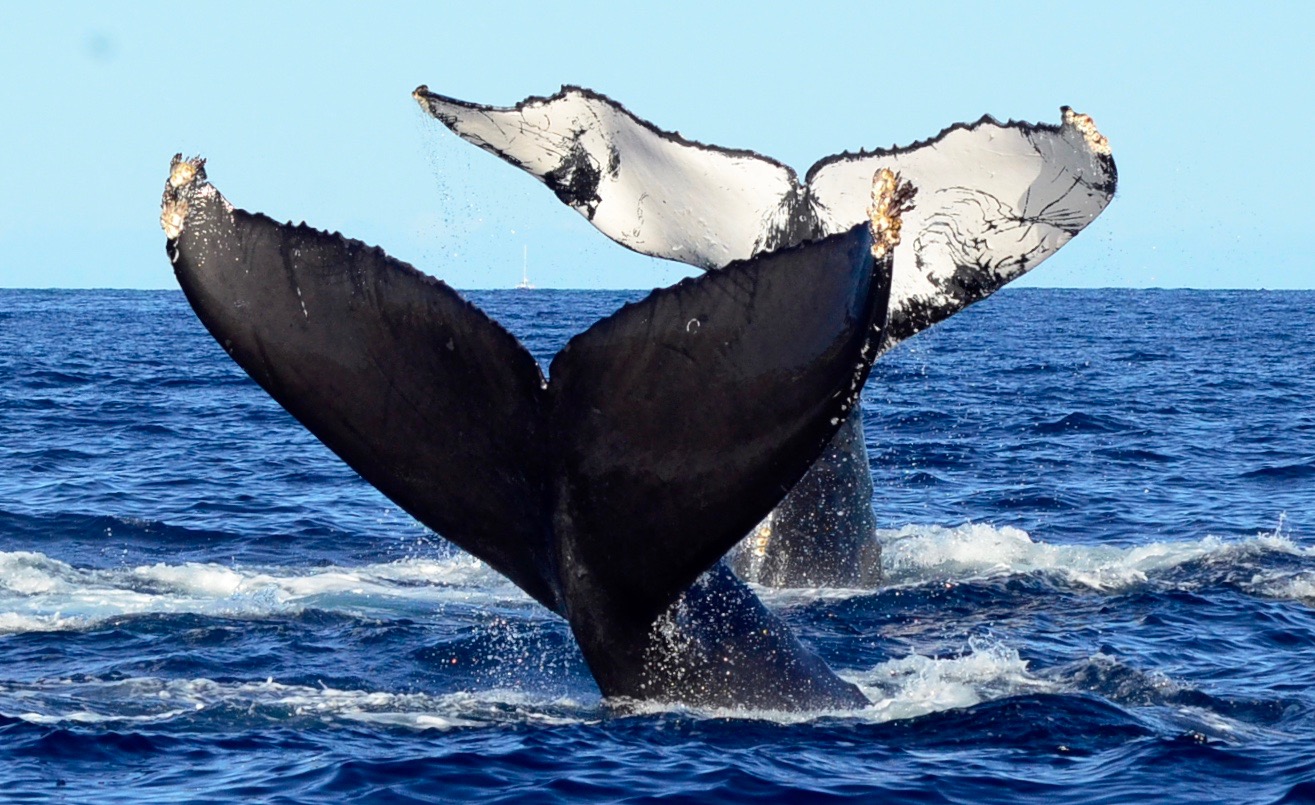 Humpbacks from Cabo to Canada

By Philipp MoserJanuary 6, 2018No Comments

A humpback whale from Baja California to British Columbia

Humpback whales are a migrating species which moves between feeding areas in high latitudes and breeding grounds in low latitudes. They are identified as individuals by the underside of their flukes, or tails. The distinct coloration, shape, and scarring pattern of the fluke’s underside is as unique as a human fingerprint, allowing scientists to distinguish individuals using the pictures they have taken of their flukes.

Baja California is considered a migratory destination and a transit area for humpbacks on their way back to their feeding areas from Revillagigedo Archipelago and the continental coast of Mexico. Last season, Cabo Trek started a photo-identification project off the coast of Cabo San Lucas. Our catalogue has more than 600 individual whales. To improve larger existing fluke identification catalogues from the entire west coast of North America, we share our pictures with Happywhale (www.happywhale.com), which is a program that tracks individual whales throughout the world’s oceans and in turn shares this information with the scientific community.

Humpback whale data was also collected from Campbell River Whale Watching’s vessels off central Vancouver Island, British Columbia, during the summer. This data was also shared with Happywhale and with the Marine Education & Research Society (MERS) based in Port McNeill. MERS is a registered Canadian charity dedicated to promoting conservation and understanding of marine ecosystems through scientific research, environmental education, and marine wildlife response. Their efforts include cataloguing humpbacks off northeastern Vancouver Island with data going back into the 1980s.

Here in Cabo San Lucas we give each whale we spot an ID – CTHW (for Cabo Trek Humpback Whale) along with their respective number. Humpback whales sighted in British Columbia receive a different ID and number. The combination of efforts of these groups and people allows connections to be made of whales between feeding grounds and breeding grounds.

“Pepper” is one of the humpback whales matched from both areas. Some information about this whale:

It is our intention to raise awareness regarding best whale watching practices and to contribute to understanding of the dynamics of the northeastern Pacific humpback whale population. We wish to aid the conservation of humpback whales and the ocean. As a Cabo Trek guest you are helping with our research project.