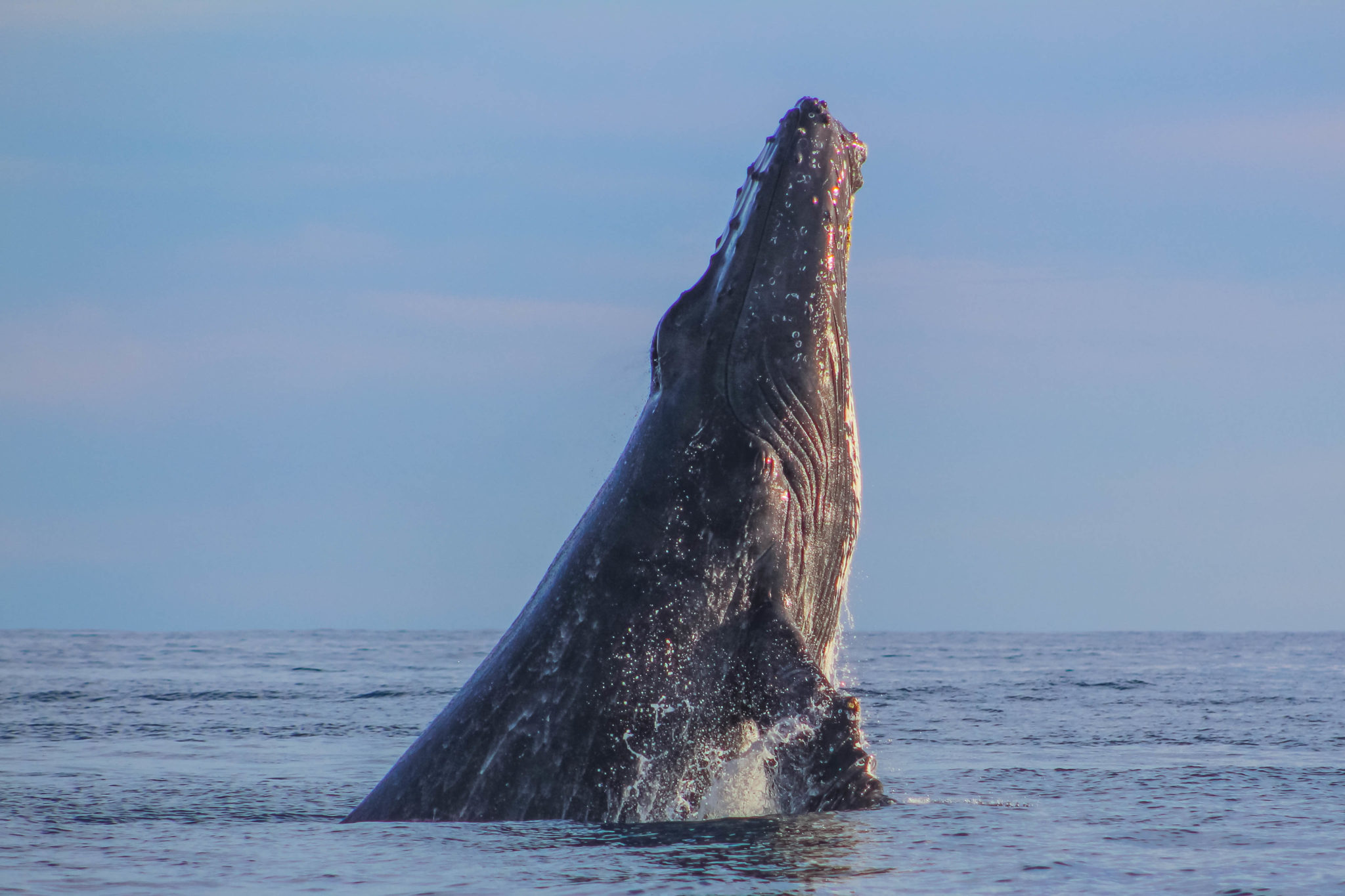 Humpback Whales are Back

By Philipp MoserDecember 13, 2019No Comments

Humpback Whales are back! 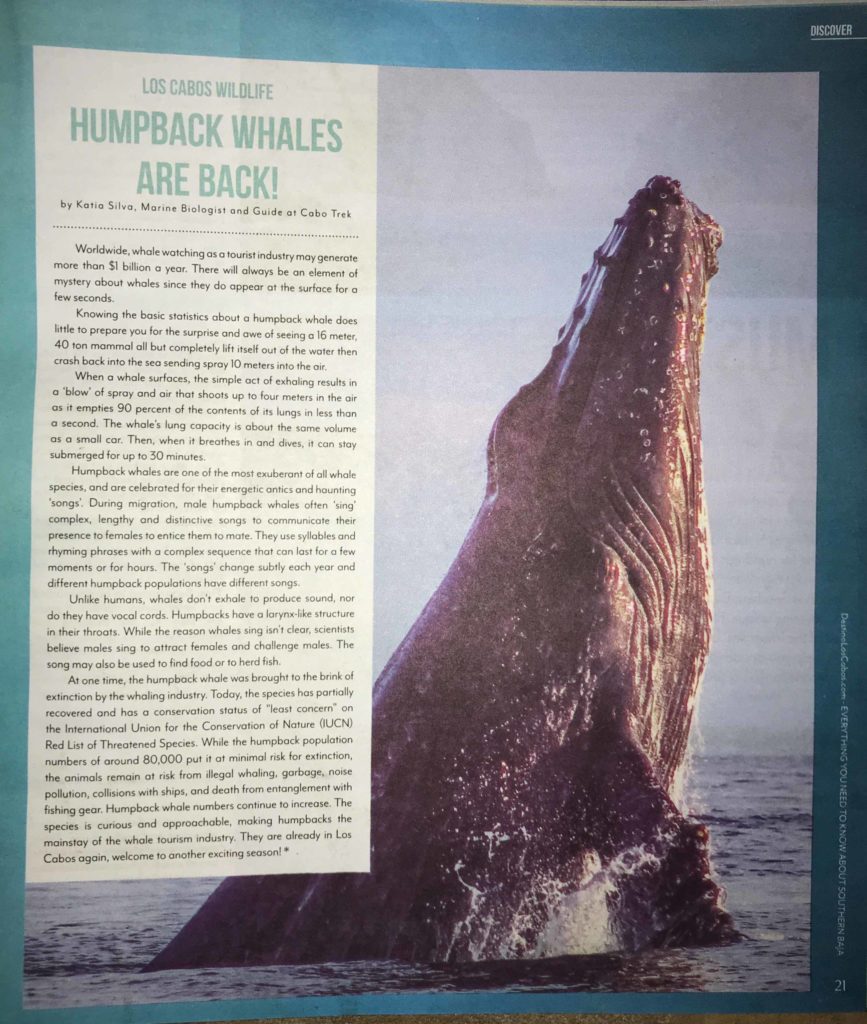 Worldwide, whale watching as a tourist industry may generate more than $1 billion a year.

There will always be an element of mystery about whales since they do appear at the surface for a few seconds.

Knowing the basic statistics about a humpback whale does little to prepare you for the surprise and awe of seeing a 16 metre, 40 tonne mammal all but completely lift itself out of the water then crash back into the sea sending spray 10 metres into the air.

When a whale surfaces, the simple act of exhaling results in a ‘blow’ of spray and air that shoots up to four metres in the air as it empties 90 per cent of the contents of its lungs in less than a second. The whale’s lung capacity is about the same volume as a small car.

Then, when it breathes in and dives, it can stay submerged for up to 30 minutes.

Humpback whales are one of the most exuberant of all whale species, and are celebrated for their energetic antics and haunting ‘songs’. During migration, male humpback whales often ‘sing’ complex, lengthy and distinctive songs to communicate their presence to females to entice them to mate. They use syllables and rhyming phrases with a complex sequence that can last for a few moments or for hours. The ‘songs’ change subtly each year and different humpback populations have different songs. Unlike humans, whales don’t exhale to produce sound, nor do they have vocal cords. Humpbacks have a larynx-like structure in their throats. While the reason whales sing isn’t clear, scientists believe males sing to attract females and challenge males. The song may also be used to find food or to herd fish.

At one time, the humpback whale was brought to the brink of extinction by the whaling industry. oday, the species has partially recovered and has a conservation status of “least concern” on the International Union for the Conservation of Nature (IUCN) Red List of Threatened Species. While the humpback population numbers of around 80,000 put it at minimal risk for extinction, the animals remain at risk from illegal whaling, garbage, noise pollution, collisions with ships, and death from entanglement with fishing gear. Humpback whale numbers continue to increase. The species is curious and approachable, making humpbacks the mainstay of the whale tourism industry. They are already in Los Cabos again, welcome to another exciting season! 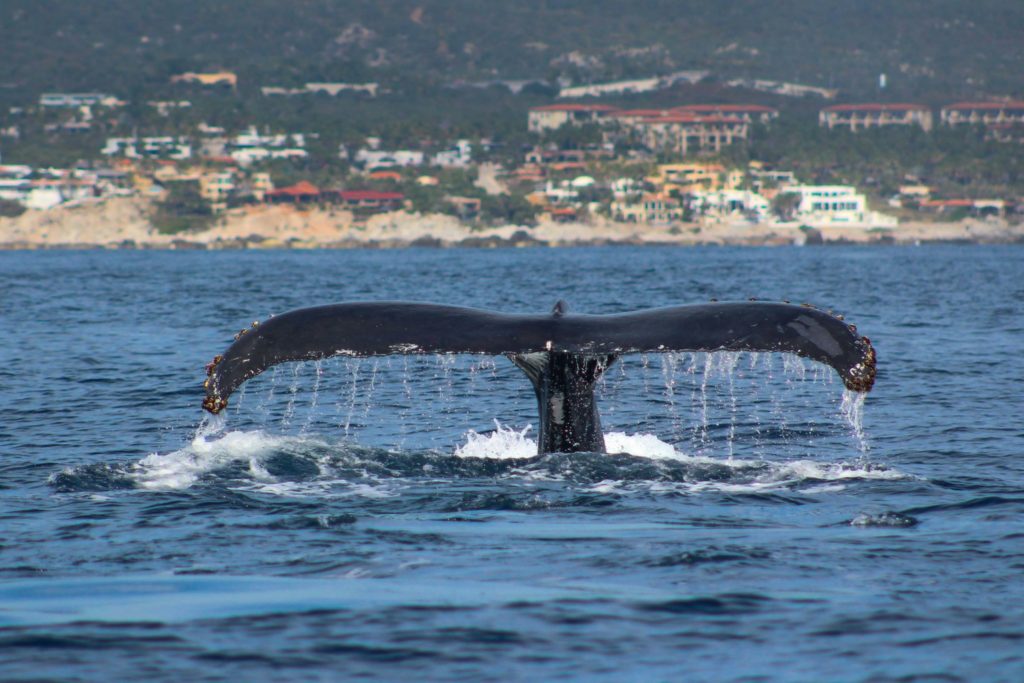 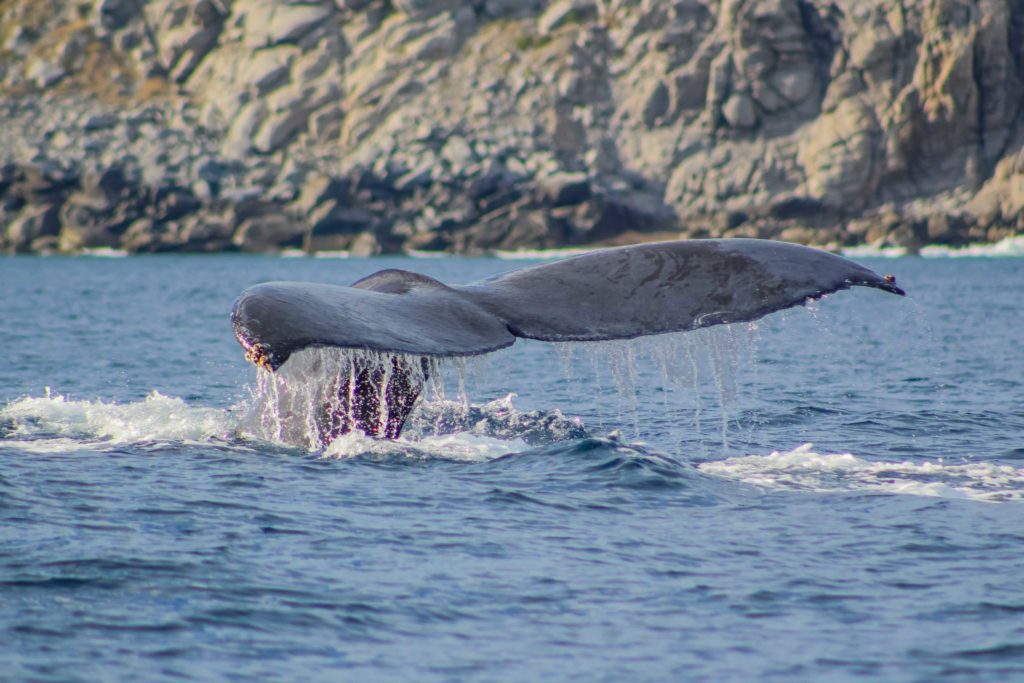 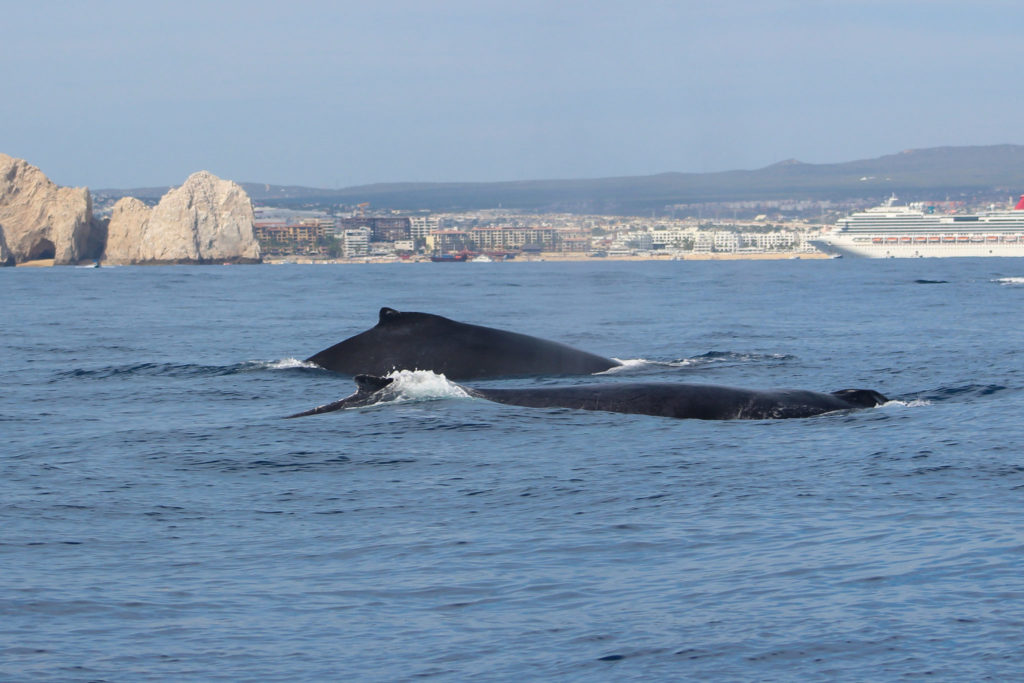 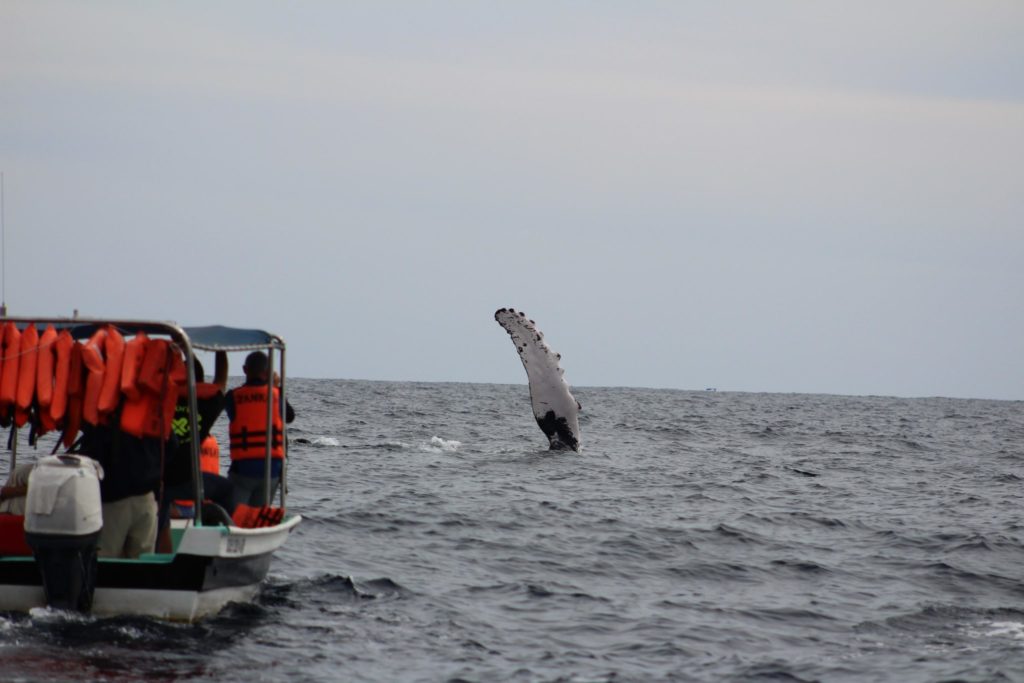 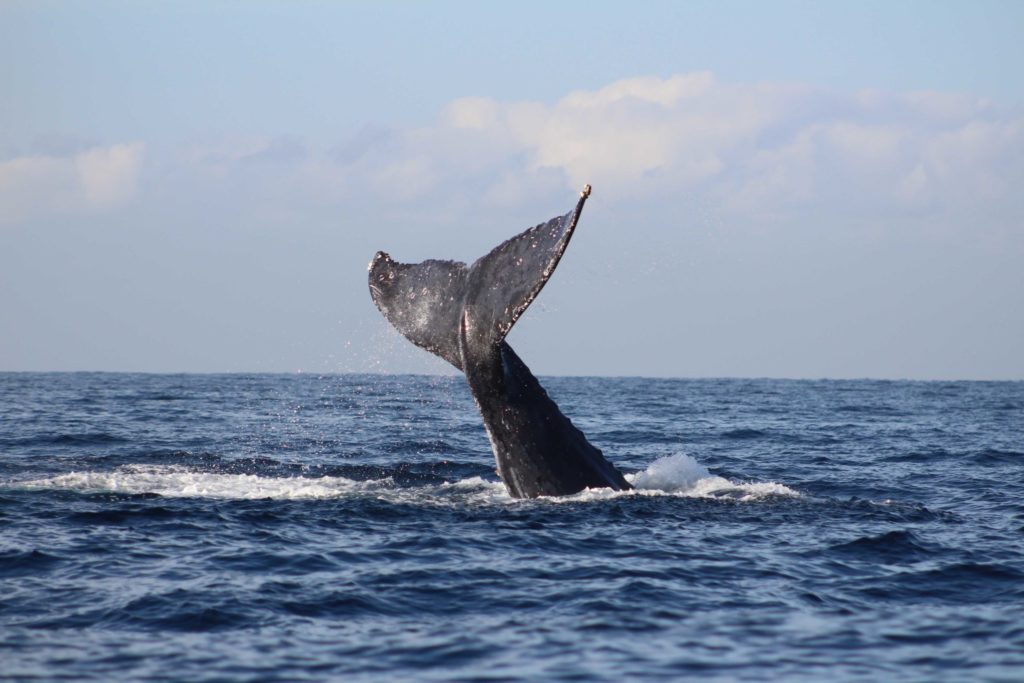