Eye to Eye with a Giant 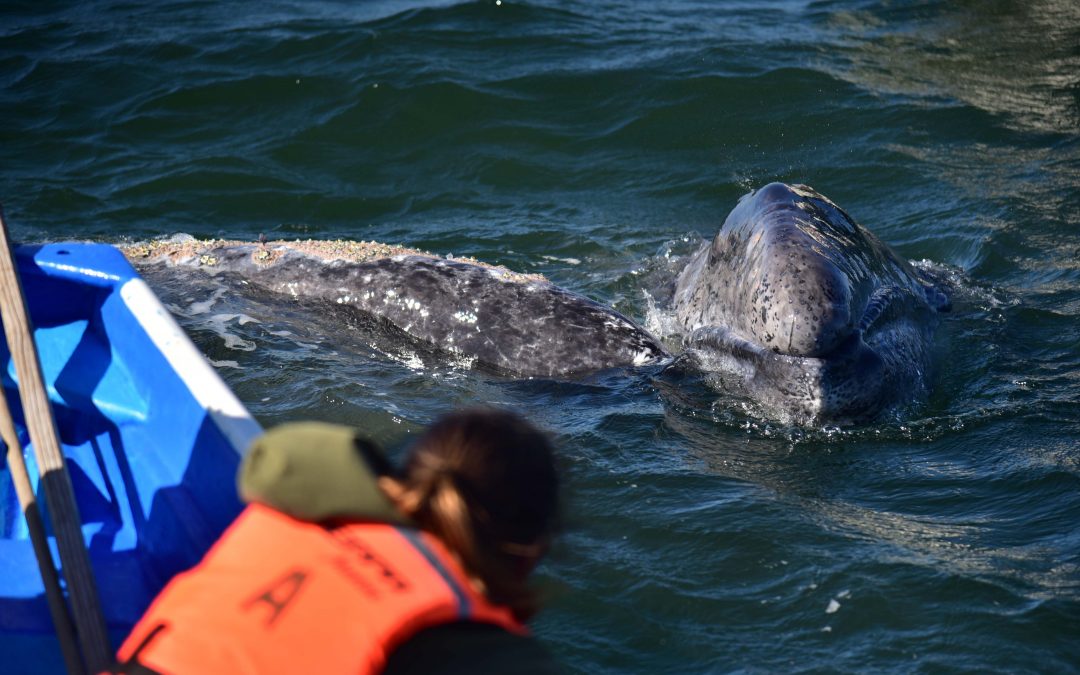 Eye to eye with a giant

Lopez Mateos is a small fishing town of barely 2000 inhabitants, located over calm and shallow waters of Magdalena Bay. That is also a place where real magic happens every year, when thousands of Grey Whales come here to mate and give birth to their babies. A unique spectacle, which we, humans, are able to admire. But it wasn’t always this way. During 18 and 19 century people saw whales as monsters living in the dark abyss of the ocean, creatures that can be nothing better than a source of fat. Wales oil lightened up our houses and played a huge role in the industrial revolution. But it also brought these animals to the edge of extinction. In the waters of Magdalena Bay fisherman used to call Grey whales devilfish because of their aggressive behavior when haunted. Back in the day they’ve attacked and sanken many ships, trying to protect their calves from whalers harpoons. With intense whaling over years people led them to a brink of extinction. But when in 1986 commercial whaling got officially banned, the remaining few hundreds of gray whales that survived could finally find some peace. Until today their numbers have been constantly rising, making it over 20,000 individuals in the east side of Pacific right now. And most of them still visit Magdalena bay every year, and seem to have left the past behind. Right now this bay became a sanctuary, that offers one of the most amazing experiences ever – being eye to eye with beautiful, gentle giants.

When we enter the bay we see dozens of spouts on all sides, it looks like the water is boiling – I count at least 23 whales within eye reach and it feels so beautiful that I can’t stop the tears. These whales not only are no longer aggressive towards people, but also show particular interest in interacting with us. Grey whales tend to be very interested in the above the water world and have an amazing behavior called spy hopping. They seek contact with people, approaching boats so close that we can touch them. And they seem to like being touched, staying longer on the surface while being pet, and leave disappointed when no contact is made.

At one point we get a whale shower – huge animal surfaces so close that it’s breath touches my face. What can I say… I got blown by a whale! 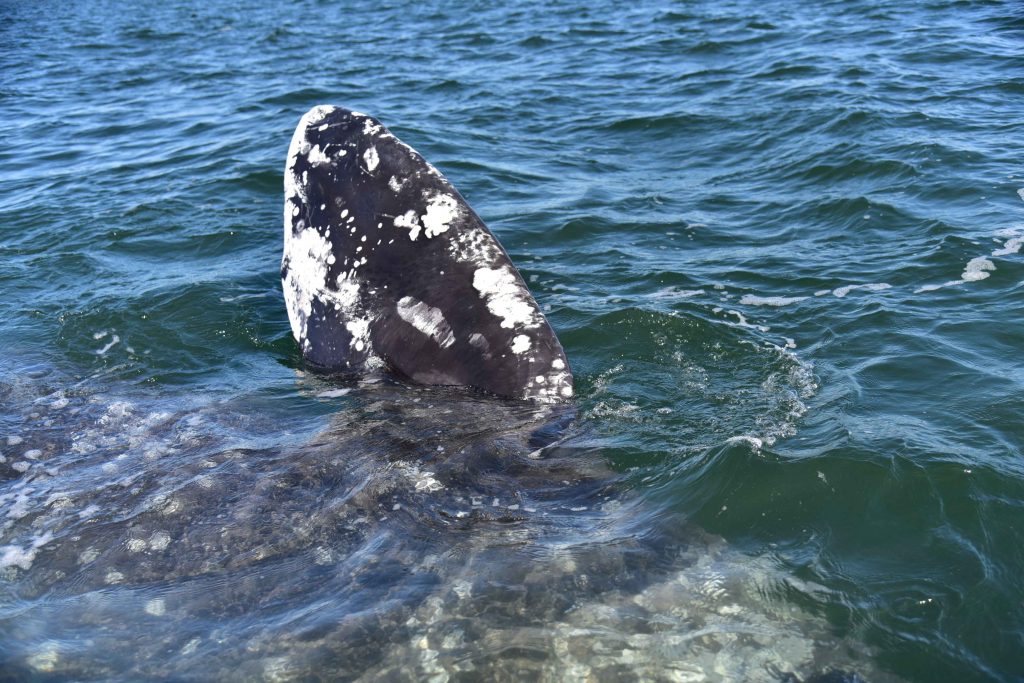 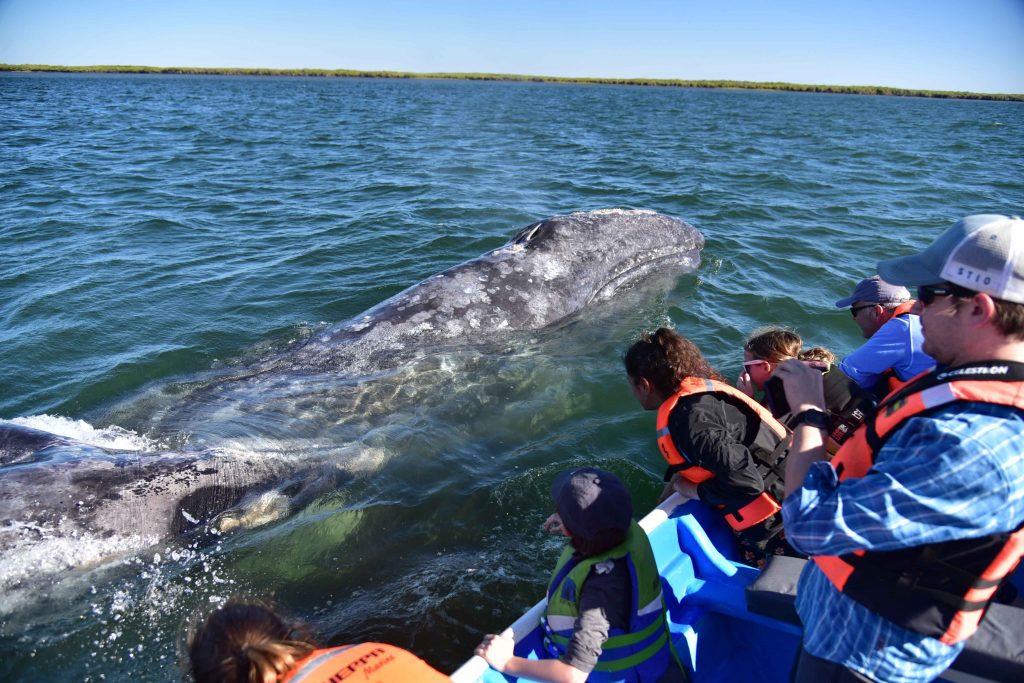 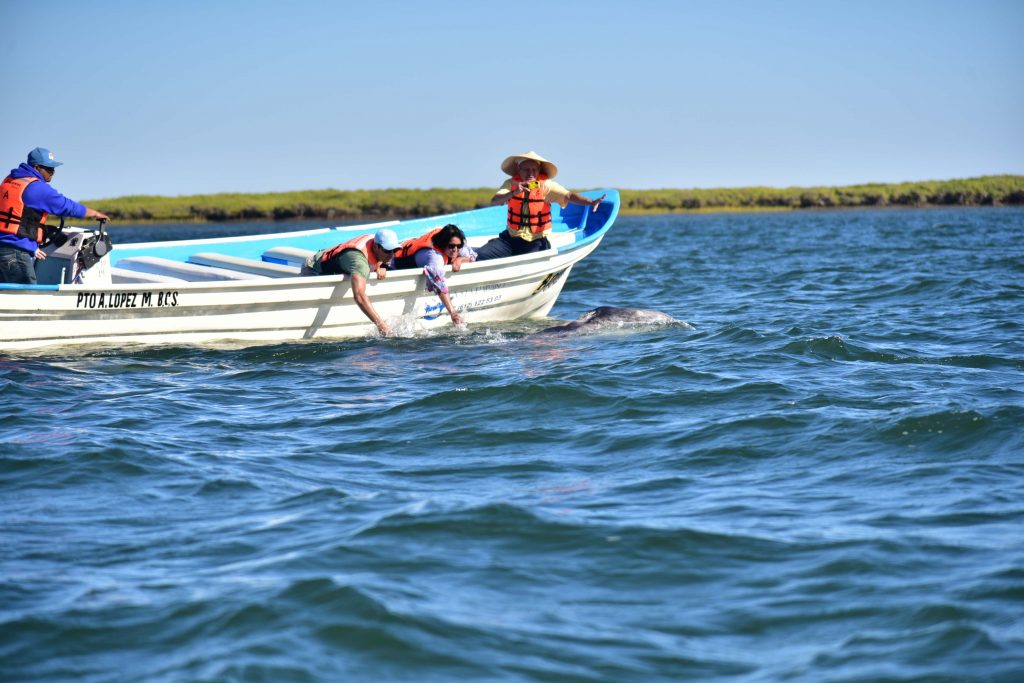 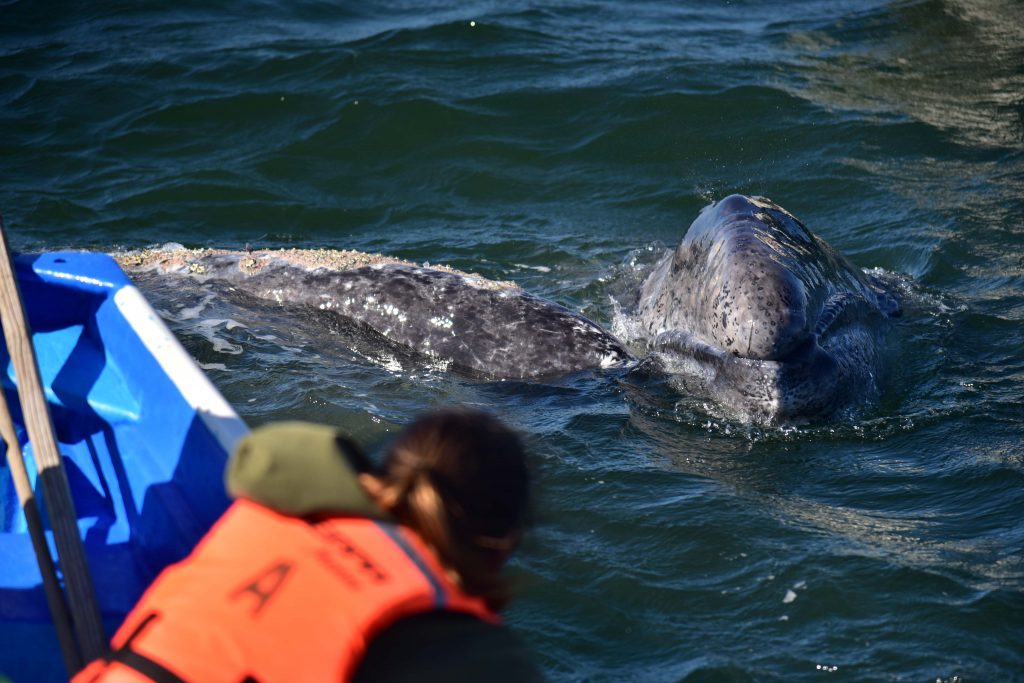 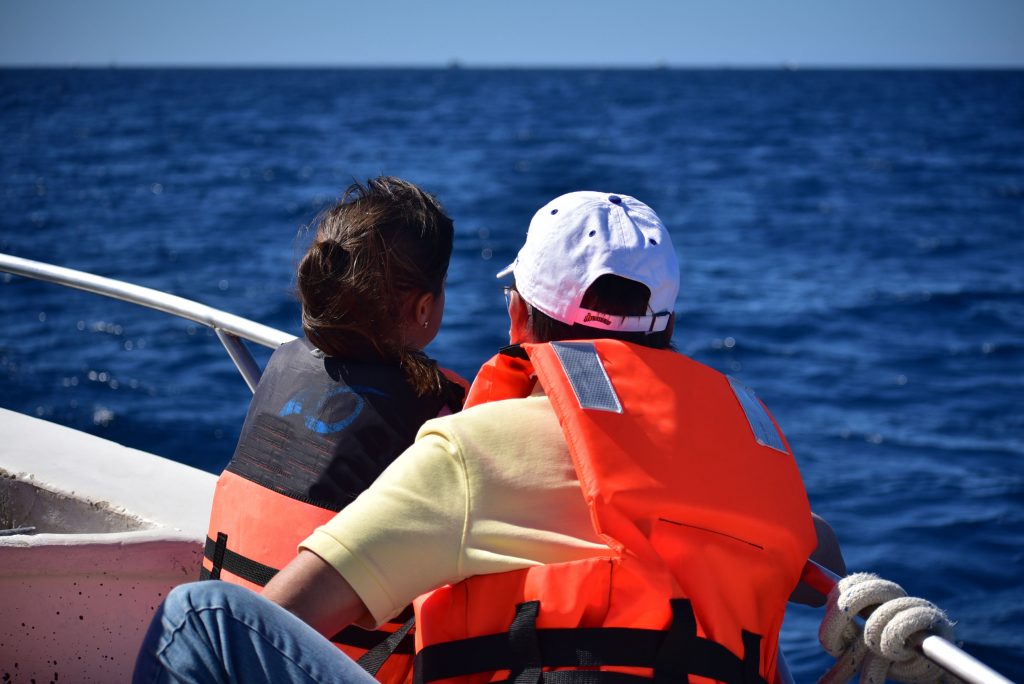