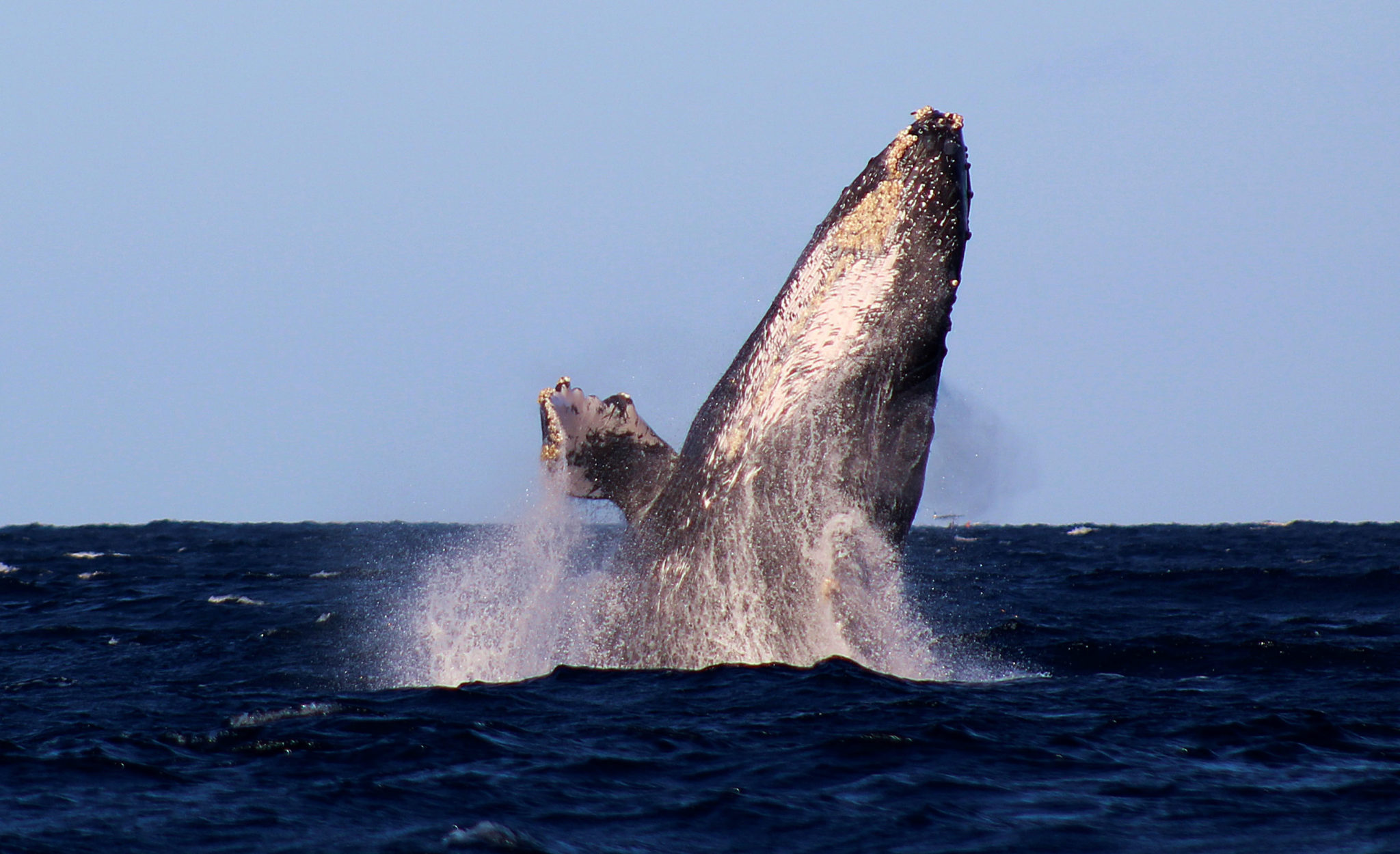 By Philipp MoserFebruary 25, 2019No Comments 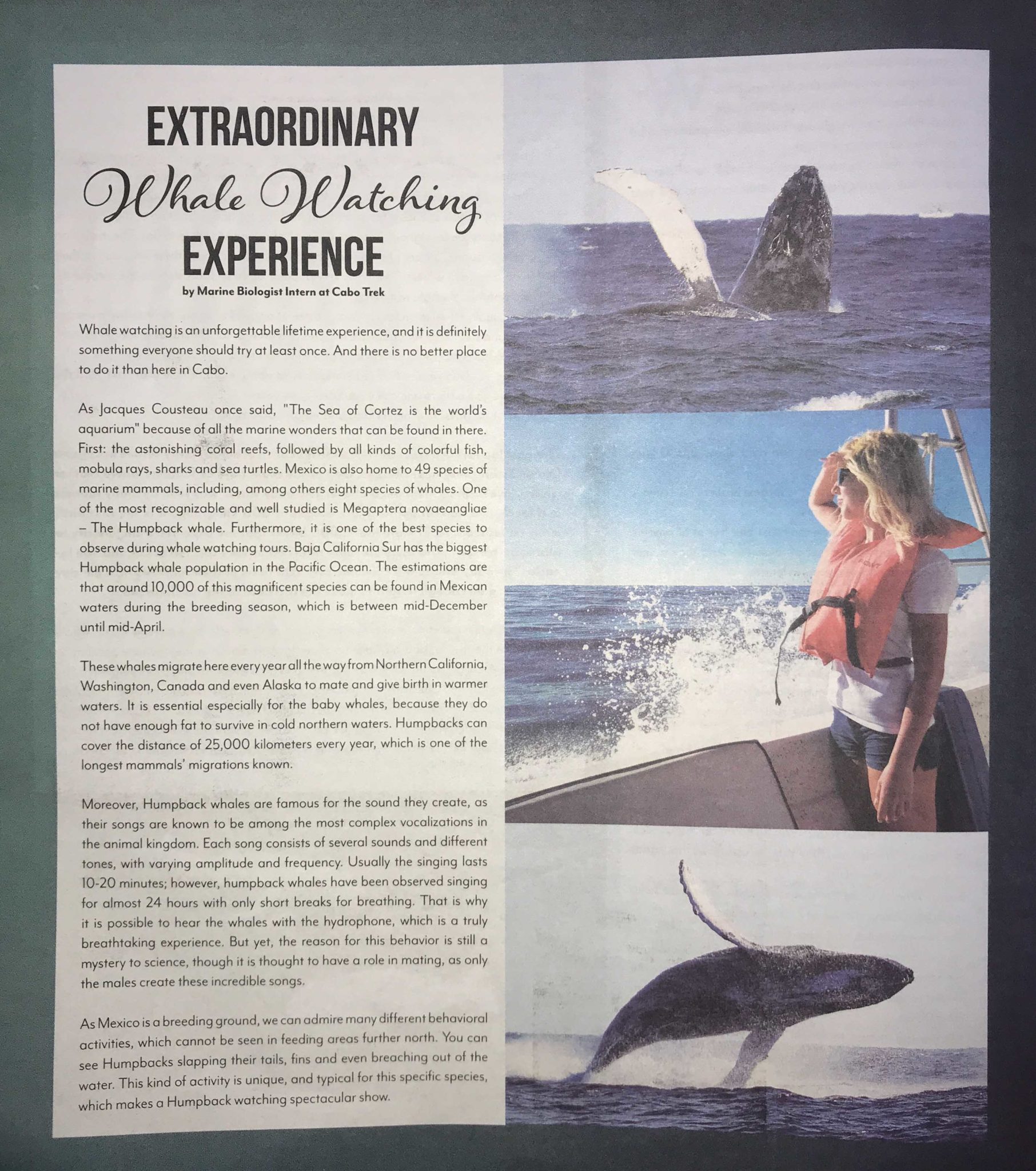 Whale watching is an unforgettable lifetime experience, and it is definitely something everyone should try at least once. And there is no better place to do it than here in Cabo.

As Jacques Cousteau once said, “The Sea of Cortez is the world’s aquarium” because of all the marine wonders that can be found in there. First: the astonishing coral reefs, followed by all kinds of colorful fish, mobula rays, sharks and sea turtles. Mexico is also home to 49 species of marine mammals, including, among others eight species of whales. One of the most recognizable and well studied isMegaptera novaeangliae – The Humpback whale. Furthermore, it is one of the best species to observe during whale watching tours. Baja California Sur has the biggest Humpback whale population in the Pacific Ocean. The estimations are that around 10,000 of this magnificent species can be found in Mexican waters during the breeding season, which is between mid-December until mid-April.

These whales migrate here every year all the way from Northern California, Washington, Canada and even Alaska to mate and give birth in warmer waters. It is essential especially for the baby whales, because they do not have enough fat to survive in cold northern waters. Humpbacks can cover the distance of 25,000 kilometers every year, which is one of the longest mammals’ migrations known.

Moreover, Humpback whales are famous for the sound they create, as their songs are known to be among the most complex vocalizations in the animal kingdom. Each song consists of several sounds and different tones, with varying amplitude and frequency. Usually the singing lasts 10-20 minutes; however, humpback whales have been observed singing for almost 24 hours with only short breaks for breathing. That is why it is possible to hear the whales with the hydrophone, which is a truly breathtaking experience. But yet, the reason for this behavior is still a mystery to science, though it is thought to have a role in mating, as only the males create these incredible songs.

As Mexico is a breeding ground, we can admire many different behavioral activities, which cannot be seen in feeding areas further north. You can see Humpbacks slapping their tails, fins and even breaching out of the water. This kind of activity is unique, and typical for this specific species, which makes a Humpback watching spectacular show. 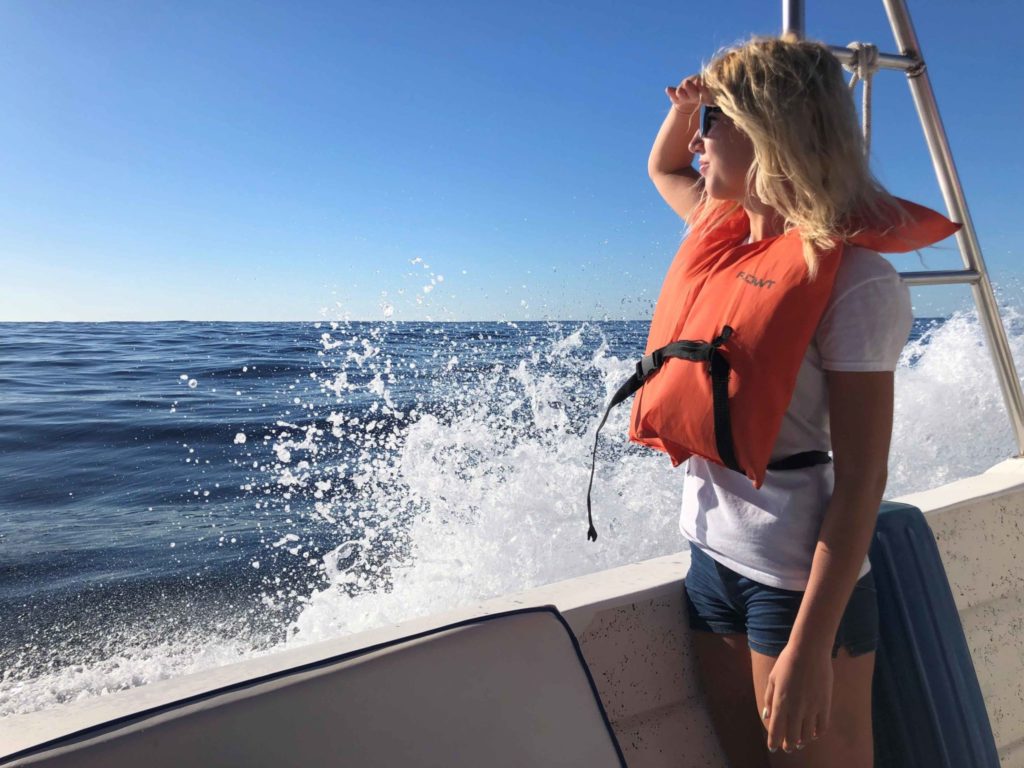 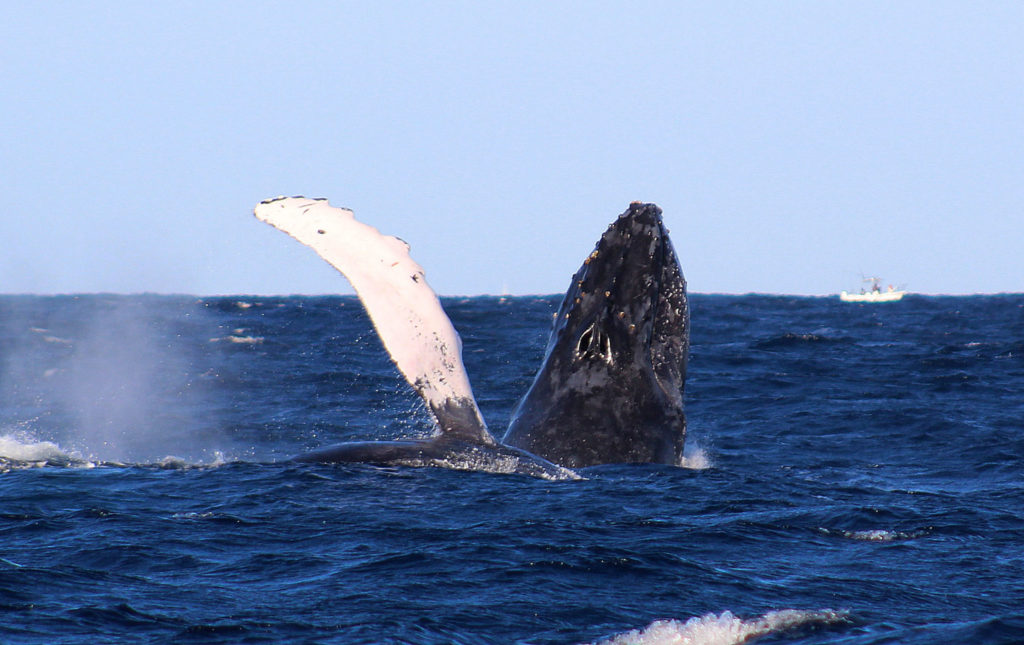 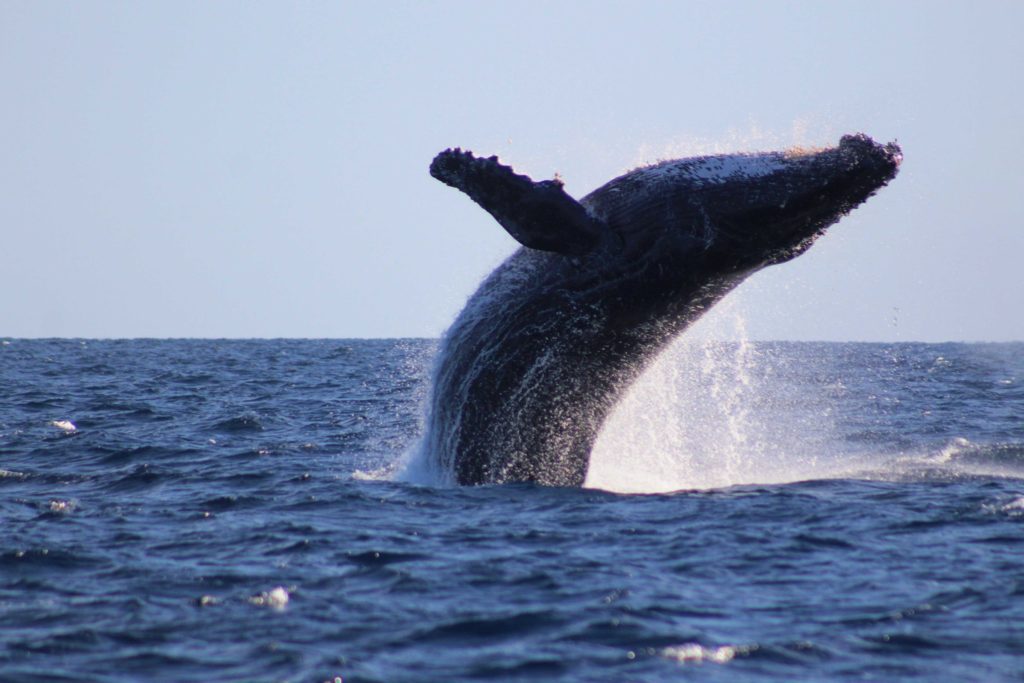 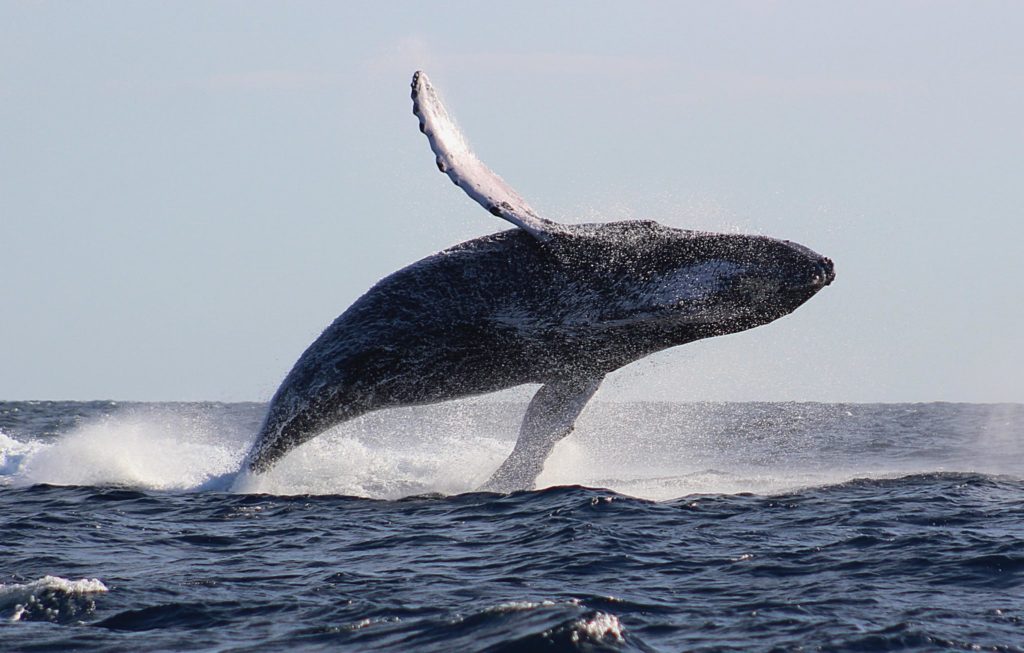